Hey there Fabulouses!  On March 8th, Slink announced that they had updated their mesh hands in the redelivery system to Bento for FREE for those that have already purchased their slink hands.  My IM box was lighting up like crazy with the news, and the notecards were flying in… Yet I put off going to pick up the free update worrying that it would be confusing, have some kind of costly catch and be time consuming to set up.

I went on with my week as per usual, all the while thinking…  “I should just go get them, and figure it out“, but it wasn’t until last weekend when there was some fun chat going on in the Fabulously Free in SL group about these new hands!  Fab member Brinlea cracked me up when she mentioned that she was so excited about her new Slink Dynamic Hands, that she was logging in just to watch them move around.  News of this inspired me to head down there and pick them up!

Boy was I surprised to find out that:

I made a couple of quick little GIF snaps of my avatar wearing the Slink Dynamic Hands with a Bento Animation so that you can see how the new hands have movement.  SO COOL! You’ll be logging in like Brinlea and I to watch your hands move too…

Here’s how Jeremy Linden explains what bento actually is…  https://community.secondlife.com/knowledgebase/english/enhanced-skeleton-project-bento-r773/

More information can be found on the Slink Blog – https://slinkstyle.com/2017/03/08/slink-dynamic-hands-aka-project-bento-comes-to-slink/

In closing, I did want to mention that if you picked up the free update right away when it was released, that you should go back and make sure you have Version 1.3 as they fixed a couple bugs.  You should also know that you’ll need to be on a Bento compatible viewer to see the movement. 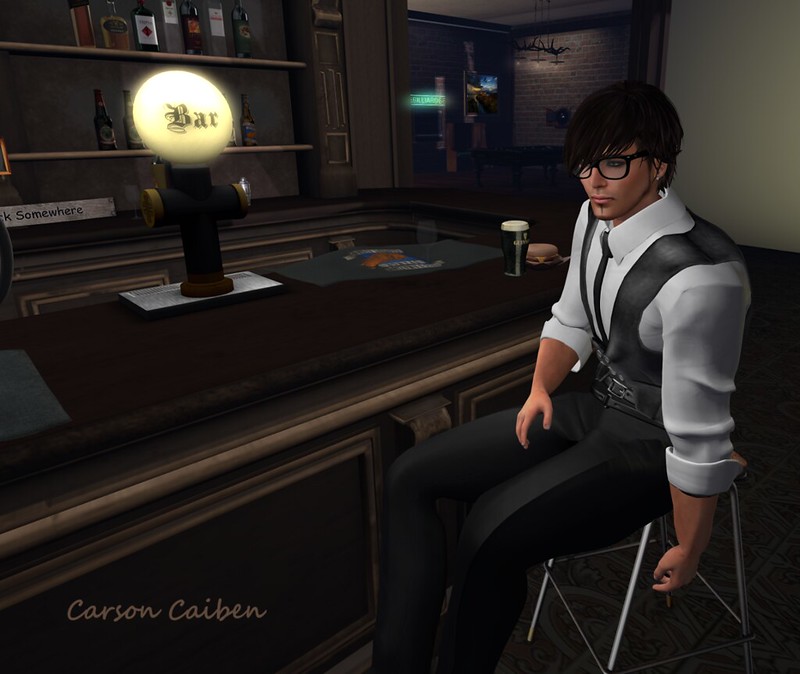 That time of the day…

Each day, I set aside some time for myself. Whether it being finishing up work I brought home, spending some extra play time with the pup, or making a meal that consists of more than just macaroni and cheese. And on occasion, after an especially trying day, I’ll stop for a burger and some beers. Swinging by my local pub and catching up on all the gossip is also relaxing and I just let my worries wash away one beer at a time….

While on The Best of You Hunt, I found this three-piece outfit at Wilson’s Designs. The White Shirt with Tie, Men’s Vest and Black Pants are the $1L hunt gift. This outfit comes in the standard mesh sizes XS-XL and includes alpha layers for non-mesh system bodies.  Oh good! It looks like my burger is up… “Hey bartender, how about a round for the house on me!” 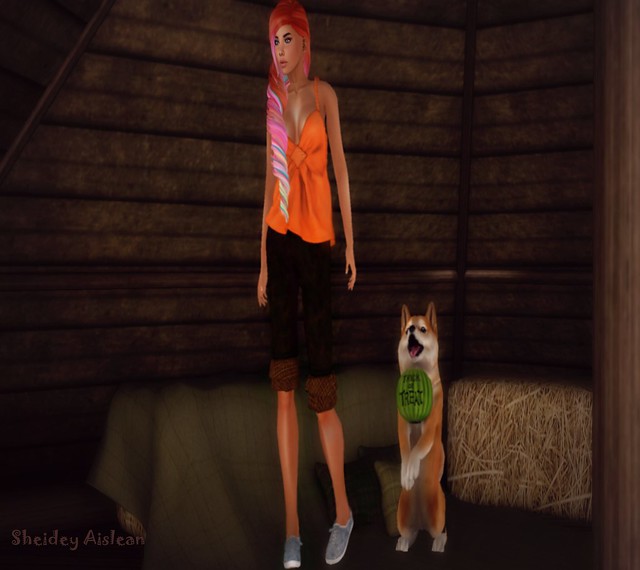 It’s the middle of the week and I’ve put adventuring on hold for a little bit to take a look at all the free gifts and dollarbies that have been collected over the past several days. With events such as the Vintage Gacha Fair and Liaison Collaborative’s Birthday round, not to mention fun hunts such as the Into the Blue Hunt and great deals on the Marketplace, my loot bag has been filled to the brim.  This casual (finally!) look today was pulled from all of the above and here are the details top to toe;

Let your hair down

Today’s hairstyle is called No Diva, a free gift that’s been generously set out by no.match at their Liaison Collaborative booth. While I’ve heard whispers of the no.match brand before (isn’t Carson’s celebrated new do’ from that store?) I’ve not yet had a chance to try out their products. As the old adage goes, there’s no time like the present and suffice to say I was very gleeful when I tried this hairstyle on for size. To be honest, it was really off to a promising start when I saw that the prize prim was labeled as ‘unicorn’ and guessed that I was in for some really wild and special colors. The multicolored shades go hand in hand with the lovely over the shoulder swirl of the No Diva hairstyle. If red and rainbow tones don’t suit your taste, however, the gift package contains a hud which lets you choose from twelve different color sets.  Other contents of the gift package include:

To the Market(place) we’ll go

Personally, I’ve found that one of the best times to visit the Marketplace is when I’m stalking Lucky Letter boards/chairs/balloons. While attempting to multitask might make me miss my letter or that magical wildcard round, sometimes it’s worth it when you find a store like !gO! which offer up a plenty of varied dollarbies for sale. One of the first of said dollarbies to catch my eye, thanks to its pretty orange shade, was the Nico shirt. This spaghetti strap top is certainly Spring and Summer-ready and comes in five standard mesh sizes (XXS-L) with two nifty alpha layers to help with the fitting. The alpha layers are split according to size with sizes XXS-M sharing one alpha layer and the L size with a larger one.  As mentioned the !gO! store boasts several different dollarbies so if you love clothing in the Boho or Vintage style, spend some time taking a look around.

While I’ve talked about Faida’s Vintage Gacha Fair gacha offering in my last post, I thought that the free gift that they’ve kindly put out at their stall deserved a mention as well. I’m always looking for a good pair of pants and the steamy leather pack certainly fit the bill nicely. While capris can be a rather iffy subject (we all have that one style of clothing that’s pretty low on our list right?) for me, I did like how these ended in soft tiered fabric. Not only did it add a nice feminine touch to the outfit, it also provided a dash of patterns (tatarn) to what would have otherwise been an outfit comprised of only solid colors. The steamy leather capris come in five standard mesh sizes (XXS-L) with an alpha layer also included in the gift package. These capris are one of two gifts at Faida’s stalls and let’s just say the other is really great if you roleplay. The Vintage Gacha Fair ends on the 19th so that means it’s only a couple of days more for you to scoop up gifts and play some great gacha machines.

In lieu of pink sneakers, pretty and well made blue ones will do just fine. When I saw the ad for Madison keds by Wicked on my flickr feed, I knew I had to have them for my growing and growing and growing collection. It was pretty exciting to realize that these sneakers would be available for just 1L for the Into the Blue Hunt and you’ll get not one but two different pairs in the prize package. I’m wearing the jeans version in the picture above and while the shot doesn’t do the pair justice there are pretty scalloped flowers on the body of the sneakers. You don’t need mesh feet to slip into these sneakers as the prize comes along with an alpha layer and shoe base. The Madison keds themselves have a resize scrip in them for easy fitting and permissions are set to copy so you can make backups. The Into the Blue hunt is ending on the 29th of this month so get out your nets and hut out your blue butterflies by then and while you’re at Wicked slap their no group needed mini mania. They have lucky chairs too!

And that’s a wrap. The chores are done and all of the animals look like they’re going behave (for now) all that’s left is convincing Damon over here that Halloween is not for several months. Someone tell him that his puppy face is not enough for people to give him candy out of season; please? Oh and before I leave, here’s a closer look at the Madison keds to give you a better idea of the design on them and a look into the other pair that you’re in store for should you decide to hunt these out at Wicked. 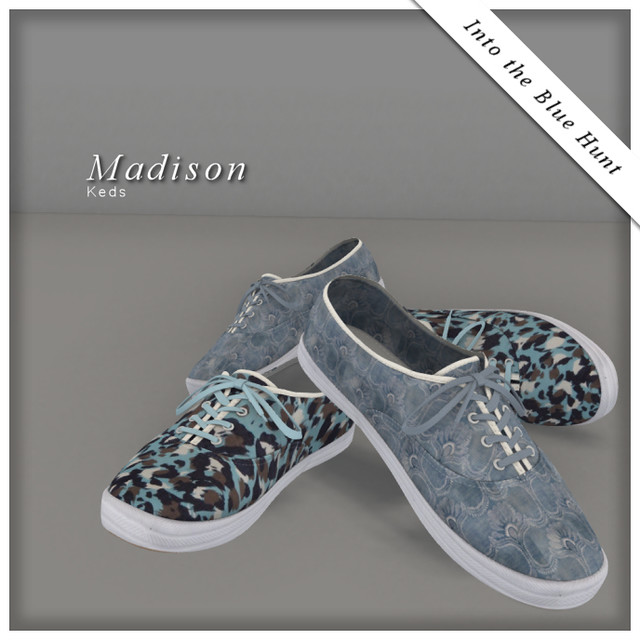 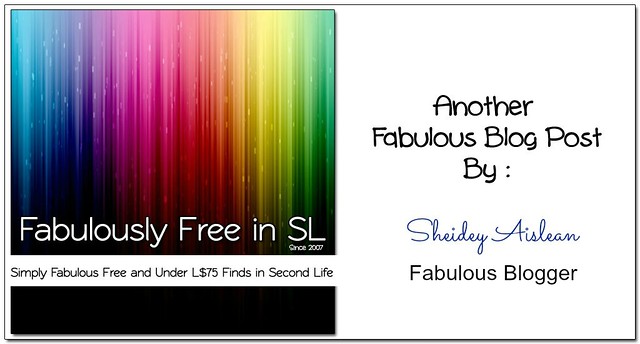 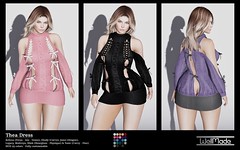 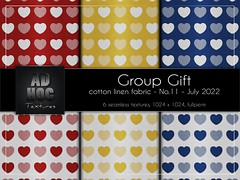 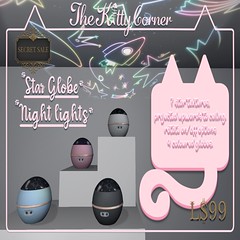 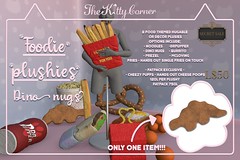