Hey there Fabulous Readers!  I have a four minute video for you featuring the 10L – 50L offerings by 50 different Second Life Designers, spread across the grid – at The Wash Event! You’ll see the goods, you’ll see the prices and you’ll even see who has FREE gifts for you! 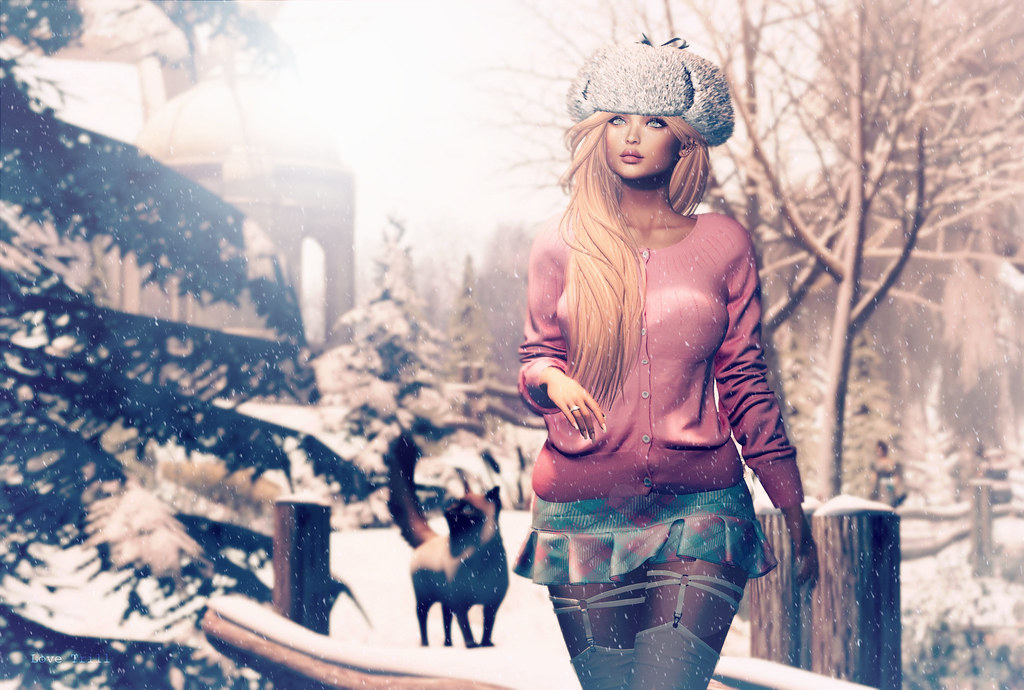 Brrr… it’s really getting cold!  Thank goodness I have a brand new cardigan to keep me warm 🙂

I picked up this adorable Dearest Cardi 3pc Set by 1Hundred at The Crisp N Cool Event on the Wash Sim.  For just 50L you’ll get this sweet pink cardigan, plaid mini skirt and undies to match.  I can’t wait to try this sweater with a pair of slacks too :). 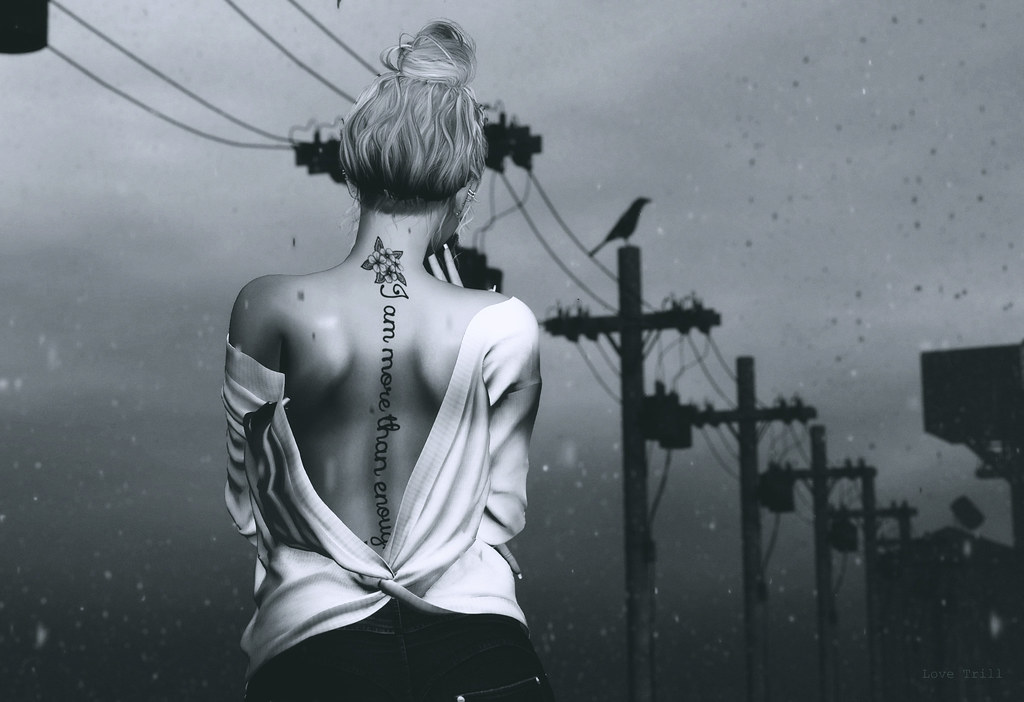 Hello Fabulouses!  In case you needed a reminder… You are more than enough!

Probably sometimes too much… lol

The Enough Tattoo by Inner Joy Tattoos is just 25L at The Crisp N Cool event on the Wash Sim! 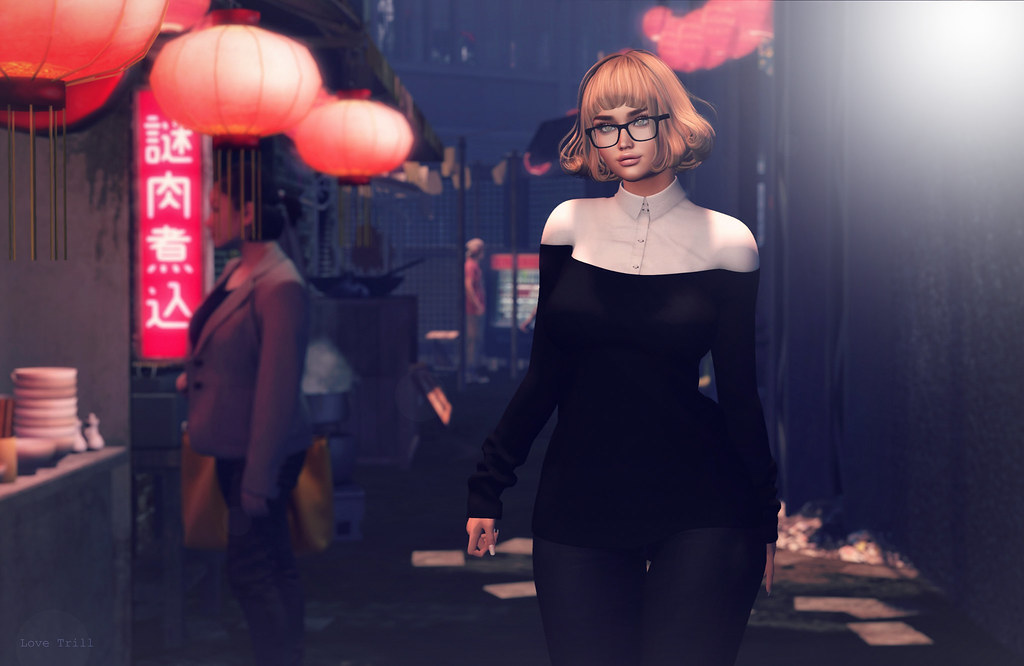 Hey there Fabulouses!  Have you had a chance to check out all of the cool stuff at The Crisp N Cool Event at The Wash?  Tonight I am wearing a whole outfit I picked up at The Emerald Couture display for just 10L!

Prada was never so affordable!

The Prada Outfit by Emerald Couture includes the adorable layered shirt / sweater combo in black and white and a curvy pair of black denim flares.  Yep… both items for just 10L.  Crazy right?  I really love the top and think it would be cute with a plaid skirt this season too. 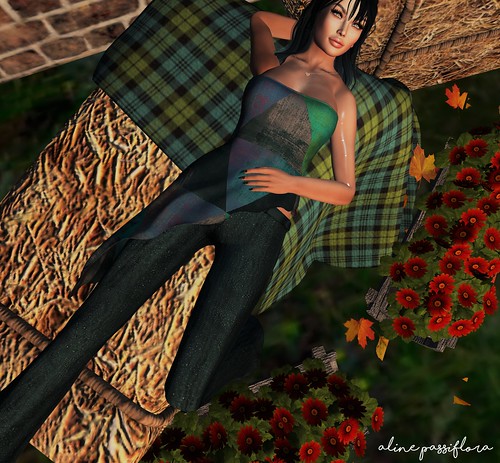 I’m taking it easy this weekend Fab Free, Just gonna enjoy the last vestiges of Fall (as Love and I mentioned, it’s quite frigid in the Northern Marches), but let’s just pretend that the sun is shining and the leaves are golden and that there isn’t a fine dusting of snow over everything. Let’s jump into the fall goodies!

Carting it all Away

The Wash’s Crisp and Cool Cart Sale continues, and you really can find some awesome things while persuing the stalls.  I grabbed this set of jeans and top by Arctic Storm for a mere 25L.  I really like the asymmetrical hem, as well as the triangle design on the top.  Super cool!  I’m also decorating my scene with some gorgeous red fall mums that I picked up at The Cart Sale by Dark knight Decor.  They only cost 25L and really perk everything up!   Head on over to The Wash Cart Sale for loads of goodies! 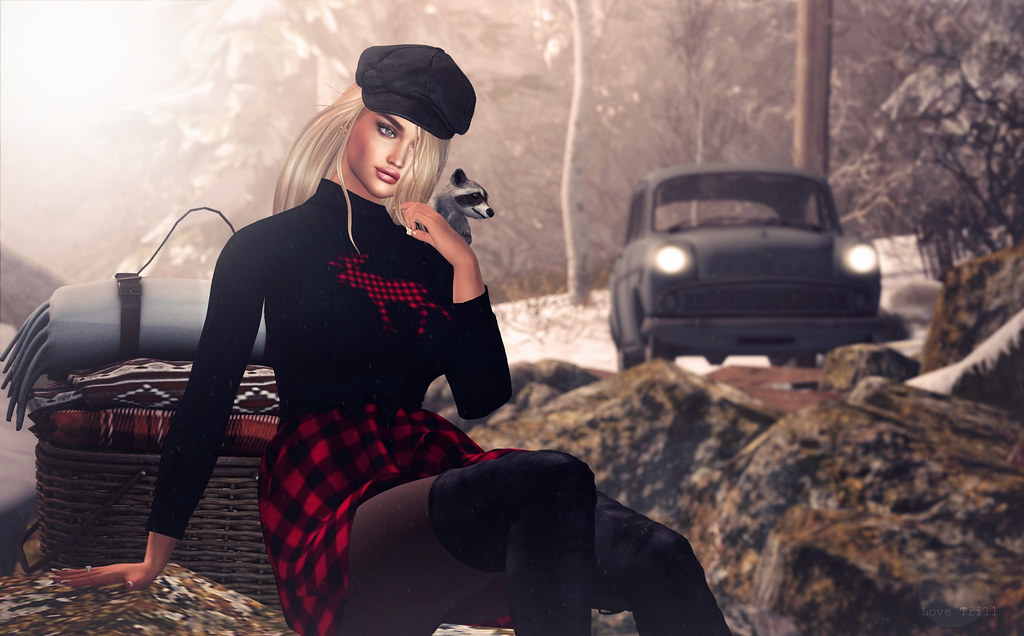 Well Fabulouses… As Aline mentioned the other day [HERE], it seems in Canada the snow and cold is here to stay for the season.  She created her own heat to stay warm, but I’m just gonna bundle up with warm fuzzy clothes today!  I found that I really like this super cute flannel dress at The Crisp N Cool Event and I hope you will like it enough to pick it up for 10L too!

Yep, that there is a moose on the front of my flannel dress if the black and red lumberjack print didn’t already give my home country away!  At The Crisp N Cool Event on the Vicarious Youth Display, you can pick up this dress in adult, teen and children sizes for just 10L per pack!  I am wearing the adult size, of course lol. 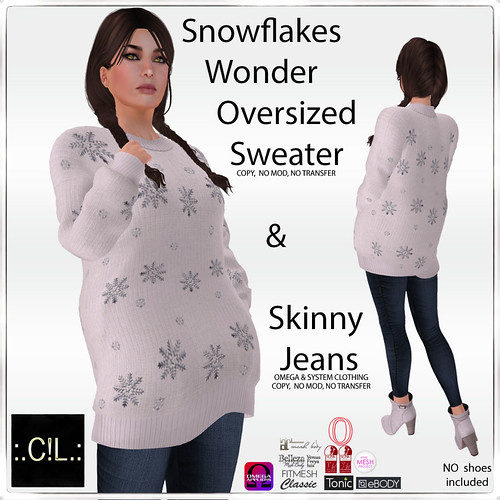 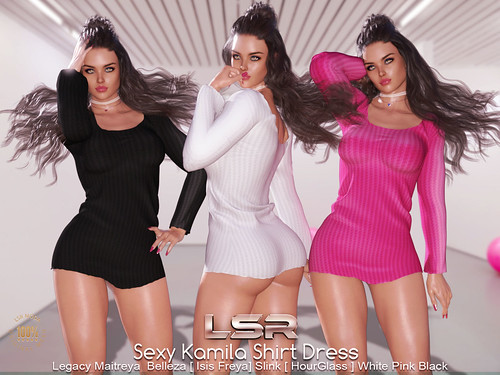 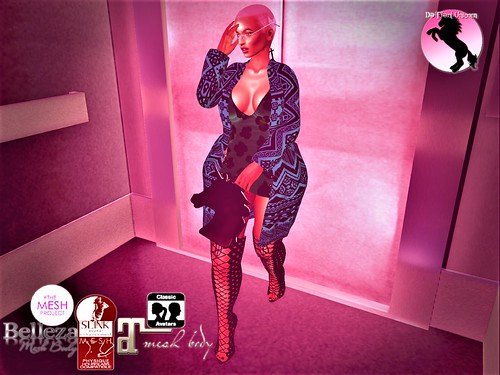 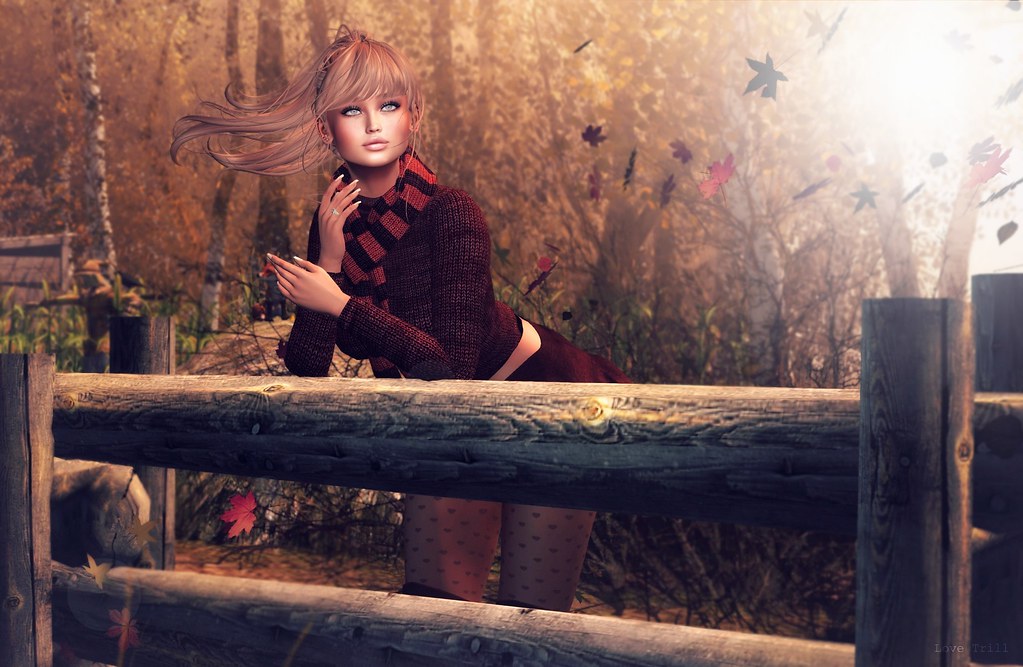 Hey there Fabulouses!  I hope you are making some time to stop in at The Crisp N Cool Event at The Wash Sim.  There you’ll find all kinds of goodies for 10L, 25L and 50L each!  In this blog entry, I am featuring a whole outfit you can find at the Dark Water Designs display for 25L.

It is definitely sweater weather, and I was excited to see that there are Sweater Sets that includes the three pieces shown for just 25L per colour set!  There are a few colours to choose from, and if you picked up more than one, you could mix and match too. 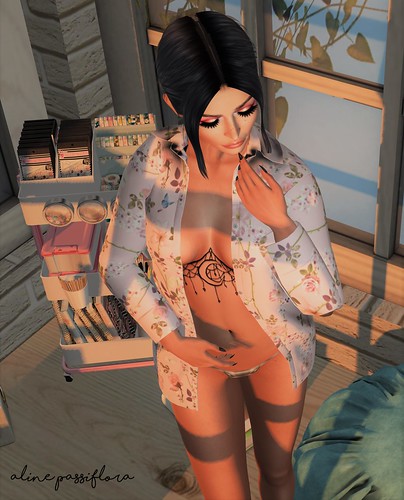 Ok guys, I need some down time.  I’m all partied, and candied, and pumpkin-spiced out!  Ok, maybe not that last one, but I deffo need to get away from all the madness for a bit and just chill!

Hop on the Cart

You must know by now that The Wash’s Crisp n Cool Cart Sale is underway, and that means loads of deals!  I was particularly taken with the 24L offering from Baci.  This open shirt and lingerie just called to me in an insistent voice that kept saying “put me on and be comfy while also being super cuuuuute”.  So I listened, and here I am!  Find your own (and a bunch of other designs too) at the Baci Cart at The Wash!

I also found a great pose while at The Cart Sale by Captured Waters, and so I grabbed it for a mere 25L.  Gotta love a good deal!

Head on over to The Wash sim today, The Crisp n Cool Cart sale is running until November 22nd! 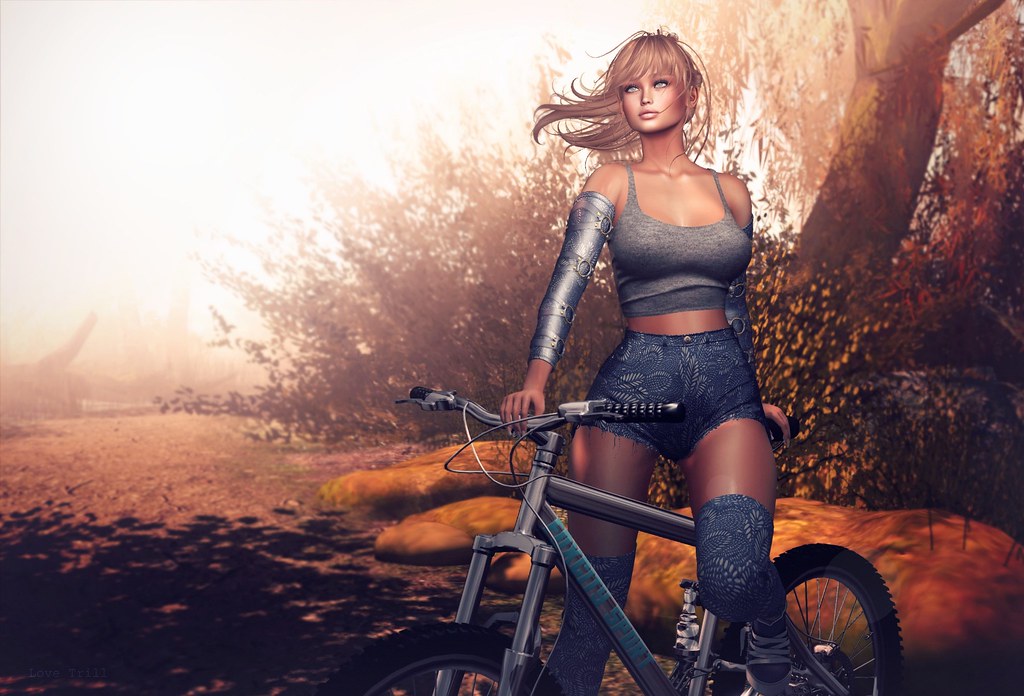 Have you had a chance to check out the Crisp N Cool Event @ The Wash Sim yet?  Battle Fairy has some really cute things for just 25L… and most of them are whole fatpacks!

Whether you want the whole Dahlia Set or just want to wear pieces of it, it’s a fun one to pick up!  I’ve got on the Battle Fairy Dahlia Shorts in the Paisley print which was 25L (other prints are available at the same price!), The Dahlia Tank Top, Leg Warmers & Armbands & Tennis Shoes which all come in fatpacks at the same low price.  You’ll need to purchase the short prints separately, however everything else is in full fatpacks so you’ll have all the prints to match up to the shorts you decide on.  Mix and match the prints or wear them all in the same pattern, it’s up to you! 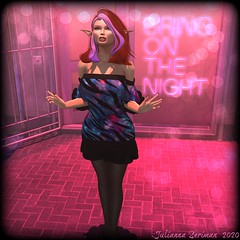