Hoorenbeeks has changed their group gift policy. In the past, they would put out the group gift for one weekend only. Now, you can grab it anytime during the month…as long as you are a group member for at least two weeks. Not a member, slap the sub-o. They have some of the best group gifts in SL. The men’s group gift is the Mexican. This black shirt comes in half, three-quarter, and long sleeve and also in both open or buttoned in all three sleeve lengths.

The embroidered back has that south of the border flavor.

I think I’ll kick back with a cerveza….vaya con dios.

I found some cool tattoos for free and almost free for everyone. At RR Tattoo Shop I grabbed the freebie Biohazard arm tat.

Also at RR Tattoo Shop there is a $10L offer for the Tribal tat. it has both a front and back design.

Over at Rivier Ink Tattoos, in their freebie box I found the Lobo tattoo. it has a wonderful wolf design over the pec. and a tribal design down the arms.

Also in the freebie box I discovered the Morcego River back tattoo.

Get some SL ink on you today.

If you are a member of the Belleza group you will have recieved your group gift of the new skin called Elle! With this new skin comes the introduction of TWO new skin tones. A much paler one  (yay thank you Tricky!) and a darker yummy chocolate skintone.

If you are not in the group, it costs 250L to join and I stress this every time because people always argue that we shouldnt showcase group gift skins from groups you have to pay to join as they are not free to those who arent members. Well, the fact that you are paying 250L to get 7 skin tones of an exclusive make up is unbelievable value for money when you need to consider that one skin tone alone in one make up costs 1200L.. do the math! PLUS if you stay in the group, you qualify for future group gifts! WOW! Really.. it is well well well worth the 250L!

Now on to the piccehs!

This is the new Fair tone which is now the lightest tone.

Isnt it so so so pretty! Go and get yours now! Pay the 250L, join the group and check the notices!

Sorry guys, just a quickie today. CheerNo was nice enough to send out a group gift of their new skin line Wady, be sure to check out the rest of their demos! Sole Accessory has a great group gift of a bracelet and necklace in store. Be sure to join the group, and activate the tag, then click on the boards. I know I blogged the hair and hat combo group gift from LeLutka, but I absolutely love it. The pants and tattoo is from the MHO Hunt. If you need hints, you can go here. 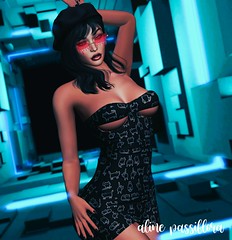 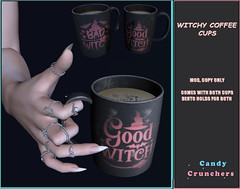 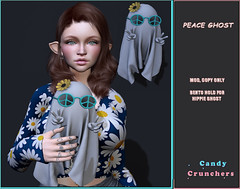 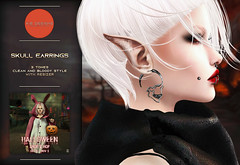