You know I love to show you bargains aswell as the freebies in SL and so I have a little bunch of goodies for you on this balmy Saturday morning.. some free some below 100L (with the exception of one group fee)…

The TULI Mainstore has a set of freebie eyes avilable right now which you can find in a little gift box just inside the store.. If you are a member of the VIP group you can get your hands on an exclusive preview of a new skin tone that Tuli has been working on called Tanya which is in another little gift box just beside the Eyes. The eyes worn in these pictures are called Emerald and are in the freebie pack.

If you arent a member you will need to pay 250L to join, but you won’t regret it.. Tuli is a real sweetheart and treats us VIPs very well.

If you don’t want to pay 250L for the awesome membership, there is also a new TULI skin to be found at The Dressing Room. If you fell in love with the Gina skin I showed the last few days you will be very happy to know that there is another Gina skin in an exlusive make up for only 65L available for the next two weeks!

Isnt it just so so pretty.. I am hoping Tuli releases the Gina skin in other tones too eventually *wishes really hard*

Heartsick are taking part in Super Bargain Saturday where a group of designers place items out for 60L for 24 hours.. and this time they are previewing a new darker skin tone aswell as some little changes to the skins

I must say I love the new cleavage.. but then you know me and cleavage *whistles innocently* The bikini worn in the pictures above is from T-Junction and is their prize in the Fashion is Love hunt which starts at LP Design

I ended up paying a visit to LP Design to start the hunt but ended up getting called away so I only managed to find the TWO gifts there (yes there are two be sure to find them both!)

And happily the dresses feed my ever increasing pink addiction.

At the Le Cirque event, you can find this Hula Hoop set of poses for 10L from Estetica’s stall! I couldnt resist, always loved Hula Hoops as a child. Im showing two of the poses, and you get the hoop too for each pose.

Glam Affair are at the Zombie Popcorn Festival and have this fab spooky skin out as their free gift. The Lace Overlay lingerie is by OoEas! and costs 95L

Rock Me Amadeus have these uber sexy mini dresses as their new Dollarbie. There are four colours, Im showing my two favourites out of the pack.

Other Info
+ Your kiss is on my.. forehead? piercing by ( 50L and OMG gorgeous! )
+ Hair by Exile ( not free )
+ Sneakers by House of Curios ( 50L )
+ Poses by Fri.Day, Long Awkward Pose, Kuso, Persona, Glitteratti, Diesel Works, Striking Poses

L.Fauna have moved their store and to celebrate the very generous Launa Fauna has set out a set of LoveLace lingerie as a moving gift.

I love the rainbow polkadot hearts.. its so fun and cute. The shoes are the new subscribers gift from GField, who also sent out a new gift in their subscribo. Simply click the subscribo and check the notices to get the goodies..

This Shamrock Maxi dress is their new group gift. I think Maxi dresses are so sexy without showing off a huge amount of flesh. I love all the fabric in the swooshy skirt.

This off the shoulder Chiffon Top is also found in the notices. You can choose to wear it with or without the body piece, but I love how girly and romantic it looks with all the chiffon.

They are also having a 30% off sale on everything green until 17th March.

Gauged have a set of Sanrio Gauged Elf ears for 60L as part of Super Bargain Saturday. I was a bit late in posting about this so they may not be there for long. They were still there when I pressed publish, so fingers crossed and Im sorry if anyone gets disapointed and miss them.

Im still wearing my Monocle from Random Inspriation! because its just so awesome and for 30L its a steal!

Click the subsribo at Studio M to get this group gift for joining..

You get not only the gorgeous dress, but the ballet flats and a little co-ordinating red bracelet.

And lastly Garage have a group female skin gift out in their store on the very back wall. Join the group and then click the poser..

And lastly, Elite Couture has its grand opening tomorrow and for its opening gift, they have set out this cosy piece of furniture, lavishly decorated with satin and cushions.

There are solo and couples cuddles inside so you can curl up by yourself for a luxerious snooze or with your S/O for some snuggles. 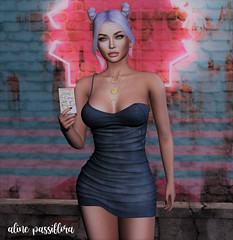 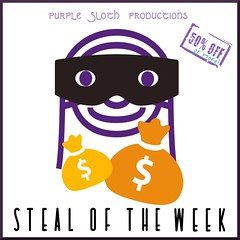 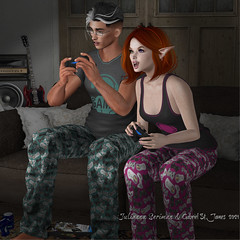 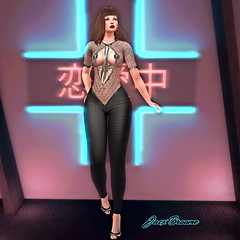 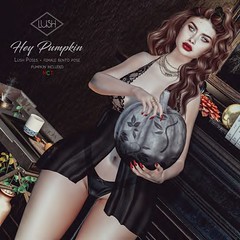