Cupcakes is offering 5 London skins for free.  All you have to do is find them!   Five skins from the London line are priced at L$0 for the weekend.  I’m not telling the names of the skins, but all five are different skin tones.  I’ve shown the hair a few times already this week and I LOVE it!!!  The brown Jesse hair from EMO-tions will be the new group gift on Saturday.  It is free to join the EMO-tions group.

I’ve decided to show some of the specials from Taste of SL this week.  The theme this week is At the Zoo.  Warning: these items are not free, but are specials for Taste of SL.  The JungleFeline eyes are L$50 for a pack of 6 at Vogue bodyshop.  In the picture on the top of this post, the Lust skybox is L$75 at L&K Prefabs, the Go Wild stool and lamp is L$50 at Crackberry, the Zoo Safari Ottoman is L$100 from Tranquility Way Station, and the Zebra Roses from Zoe’s Garden are this week.  The LEO outfit shown above is L$120 from Izzie’s and includes, the black top, leggings, and several bangle bracelets.  The black Cypa swirl boots were sent Enkythings sub-o members earlier this week.  The L$75 You Owl My Heart pose and prop are from [Lauria] and come in a pack of six. 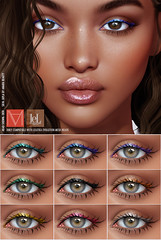 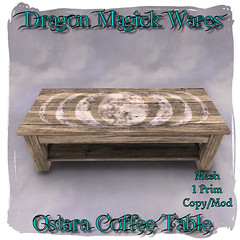 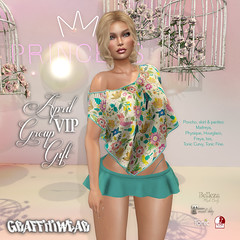