Here’s two more gift that can be found at the MENStuff booth at The Mens 24 exhibit. Vero Modero has provided the Mask Denim shirt and Patch Jeans for MENStuff group members.

v3 Tattoo also has a gift. The Smile Now Cry Later Tattoo comes in varied tones from dark to faded and as tattoo layers or an undershirt layer. Don’t forget to join the MENStuff group before you click these gift or you’ll be crying now instead of later.  🙂

Have you checked out The Mens 24 yet? Twenty-four designers are offering special limited edition, limited number items. Along with these limited items, the Menstuff Group has set up a booth with some free items from these designers. As I was taking shots of some of the items (which you’ll see later), I came across the Mystic Silks from Animations Rising. I knew I had to show this one by itself. The white silks are accented with particles. You also receive a HUD to control the color and speed of the particles. You need to see this to get the full effect of these great looking silks. 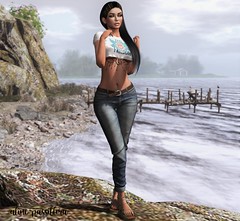 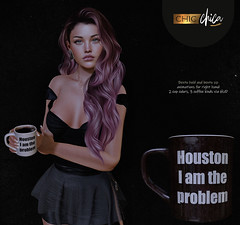 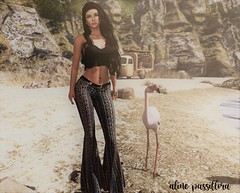