The Summer Harvest Hunt started today and I was up bright and early to do it as I have been watching the feeds and drooling over the gifts for the last week! It runs until September 21st so you have lots of time to go hunting for these beautiful finds.

You are looking for a little acorn as the hunt prize and the starting point is .evolve. . The things for each picture are listed underneath so you can see easier what you are looking at.

My pictures are quite basic at the moment but I thought I would try out one of the other windlight settings to give this picture a little bit of an Autumnal evening look. I thought it came out quite well!

Love will be showing you more of the [SAKIDE] gift in her upcoming post so be sure to look for that as the gift is really very beautiful.

These are just a taster of what is on offer in this hunt and there is so much more. If you would like to see a list of stores involved you can take a look at the Summer Harvest Hunt Blog for more information!

The skin I am wearing in the hunt is by Mother Goose and is called Lene. It is from their Lucky Boards and is so adorable I can’t stop wearing it.

There are also two lucky boards (for group members only) that allow you to win the Vintage Dress & Flora Pants.

I picked up the Axanti Necklace & Earrings at the NHA! big sale for just 30L. 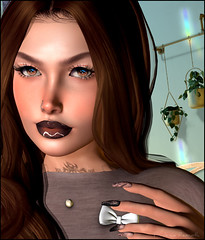 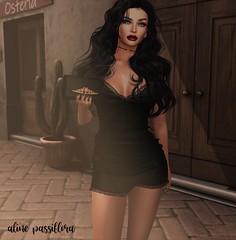 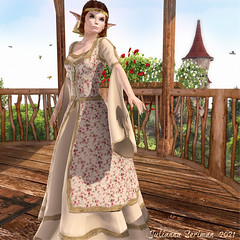 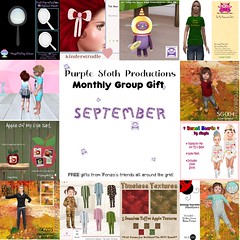