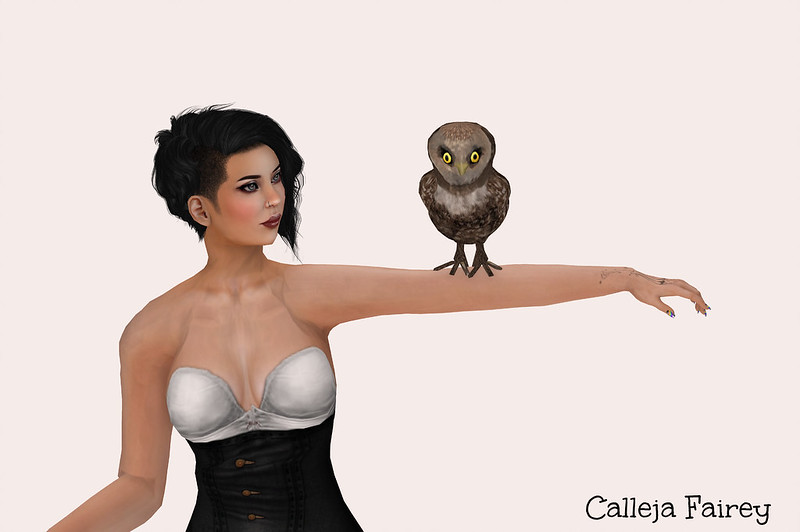 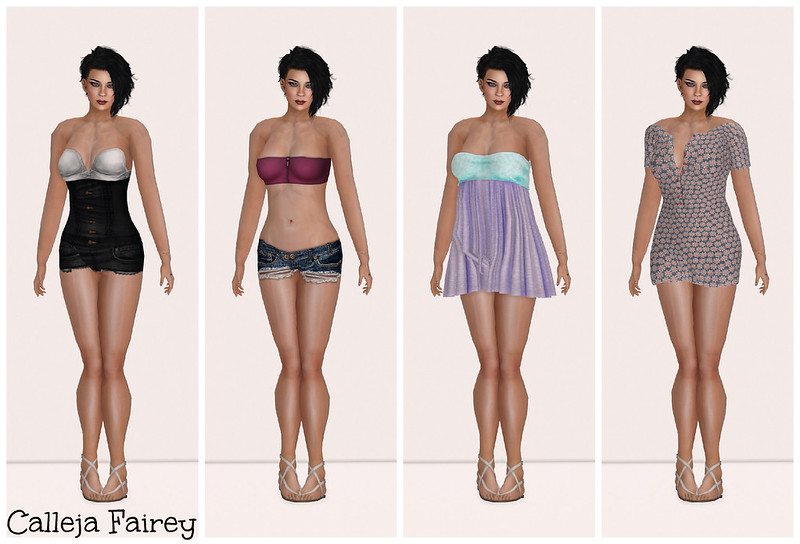 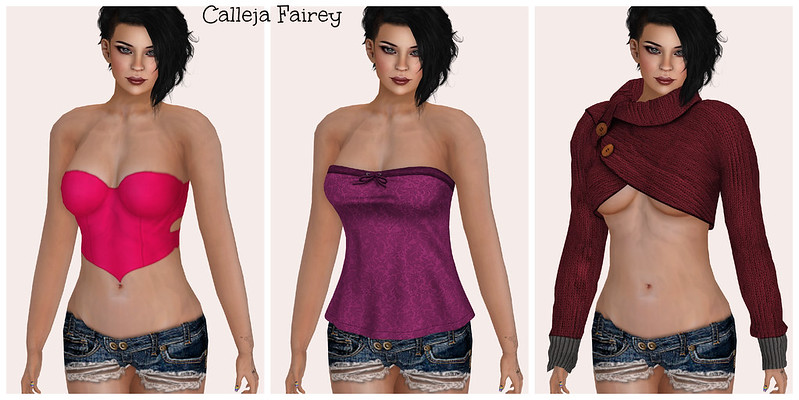 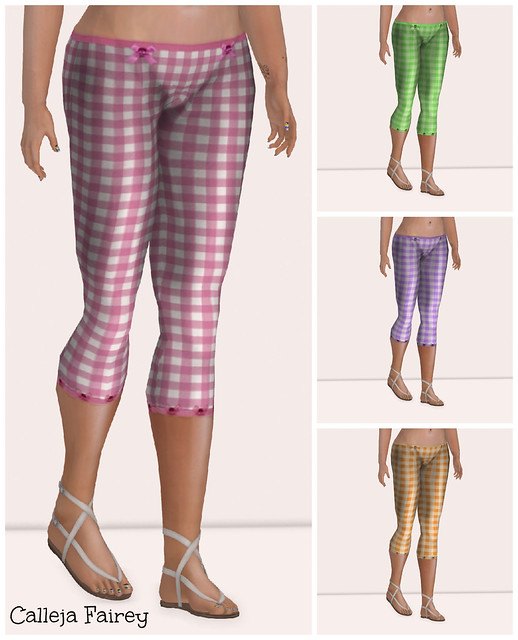 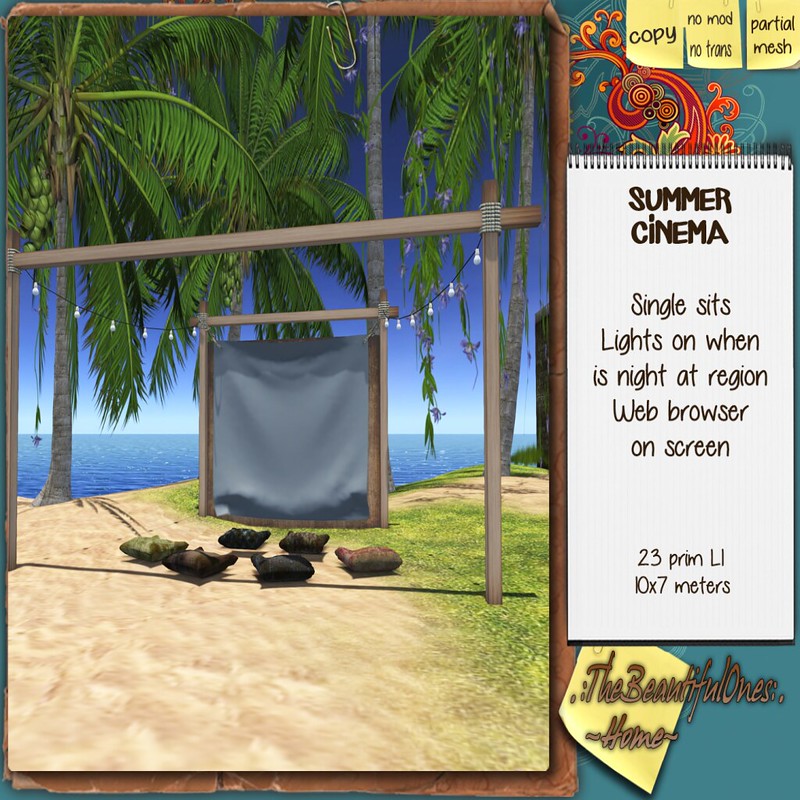 Happy Thursday everyone!  We are that much closer to the weekend 🙂 I have a couple of group gifts to share with you today.

The super cute black baby doll dress I am wearing in the above photo is a new free group gift from SLC!  It spins and flows making it the perfect dress for dancing!  The SLC group is 99L to join,  however there are always gifts and great VIP offers.

One of our Fabulouses, Scotti sent me an IM the other day and said I had to go directly to Felicity (Tnxya Scotti!) and check out all of the free group gift shoes.  Their most recent gift is the 2000 Member Group Gift Stilettos in Wine.  The group is 30L to join, but that’s nothing for a pair of great shoes like this!  It comes with a nailpolish and skin hud as well as you can change the metal from silver to gold and back again if you like lol.

Now if this one pair of shoes wasn’t enough to convince you to run down there and join the group…  check out the photos below.  They are all free group gifts at Felicity as well, and this isn’t all of them!  I know Renee has shown a few pairs of Felicity gifts over the last few months, so make sure you do a FabFree search and check out those posts for gifts as well.  These are some really nice shoes! Good call Scotti – good call!

Poses by Dare (closed, but I do still love their poses :/)

Being an elf who tends to the reindeer eight hours a day can be a tough job. It’s a good thing SLC is offering this adorable striped suit as a VIP group gift this month (99L to join). Atleast I’ll be totally adorable while I clean out stables and replace salt lickers. The outfit even includes the sweet white boots, however I’m not sure how long they will stay white in my profession.  All in a day’s work I suppose 🙂

Thank goodness my shift is over, time to kick off my sweet and innocent and throw on something sexy! What?… you didn’t think we were all work and no play did you? HA!  I have a hot date with one of the toy makers.  The Miss Charme outfit I am wearing below is the subscriber gift at SLC. The subscriber is free and doesn’t take up any group space.  See? SLC really knows how to take care of  me – both day and night wear..  for free!

My hair is a new group gift from Dura called Celebration Gift and is unisex.  It comes in blonde, ash brown and black with resizers.  The group is free to join.

I took a trip down to SLC to see what was new this morning and guess what?!?  SLC has their August gift up for subscribo members! The darling black and white baby doll dress I am wearing is this month’s treat.  I have accessorized this outfit with the Bellini Pearl earrings , necklace and bracelet from Caroline’s Jewelry which I picked up at the FabFree Station.  I think they compliment each other quite nicely 🙂

SLC has a couple of delicious July Subscribo gifts for us to pick up!  This will take up no group space and does not cost a thing!

First up is the floral print baby doll dress in bright summer colours..

and also available is the adorable white and pink floral swim suit shown below.

Both of these sweet subscribo gifts can be found at SLC – http://maps.secondlife.com/secondlife/Fashion%20Place/130/210/23

SLC’s June Group Gift is so sunshiney and cute, with the bright yellow shorts and hot denim shorts.   I just had to blog you all about it before it’s gone!  I can’t wait to see what SLC comes up with for July!  It’s free to join and it’s just a subscribo – so it doesnt take up any group space!

This next item is a VIP Group Gift and there is a join fee of 99L, but from what I have seen in gifts and specials, it’s well worth it!

Love is also wearing Truth Astrid in the first photo and Truth Sophia in the second photo. (neither free) – http://maps.secondlife.com/secondlife/Truth%20Hair/113/35/27 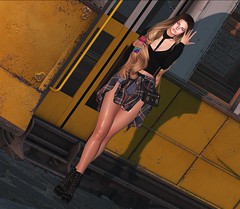