Hiya Fabulouses!  I have created a new video featuring a sweet little Noel X-Mas Female Elf that you can pick up as a free group gift at E-Clipse Design with a free group join.

Happy Halloween everyone! 🎃 Wearing Pure Poison’s animated (check out the video at 10 seconds to see the hat and skirt blow in the wind!) Sexy Witch Outfit available at Uber, I have made a video featuring a new free dance at Move! Animations called Selly 12 Bento Dance and a fun animated Halloween Standing Broom by HelaMiyo that you can pick up on Marketplace for 1L!

Move! Animations has released a new line of Selly Bento Dance Animations, and with that there is a brand new gift in store called Selly 12 Bento Dance.  It’s almost half a minute long, and while there is a woman on the ad, I think this one could be classified as unisex!  Just touch the sign and get it for FREE!

If the broom fits, ride it!

Click on over to the HelaMiyo Marketplace store for this fun animated broom that you can stand on.  I set myself to fly and zooooomed through the skies of Dreadville, but it also worked great as a posing animation for my photo too.  Can’t go wrong for 1L! 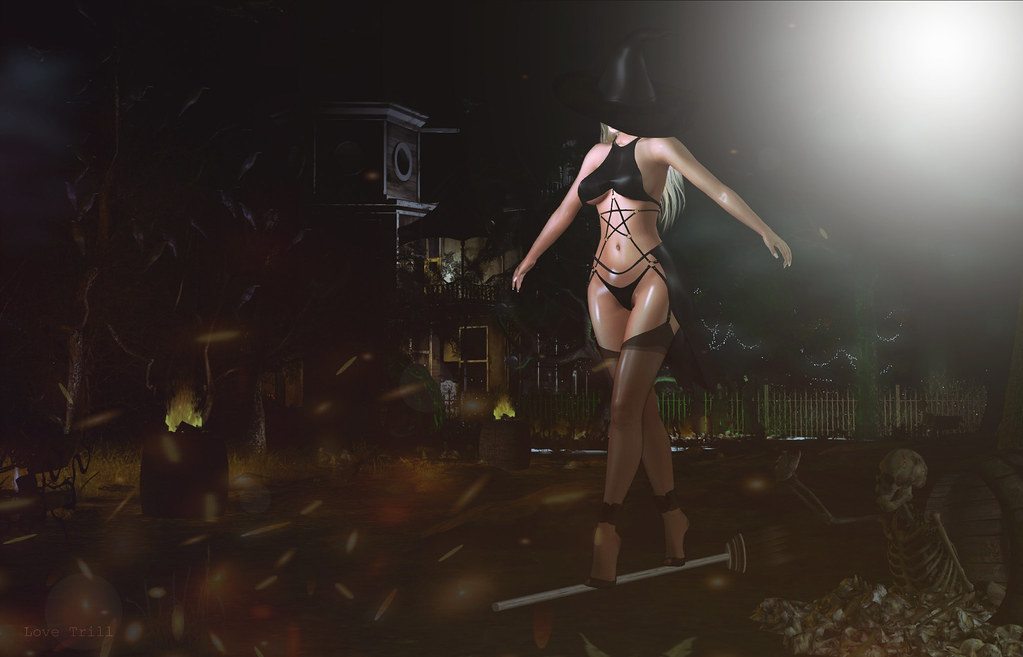 Note:  The Pure Poison Sexy Witch Fatpack does include everything you see me wearing and it’s own broom.  If it is not in your pack, head back to Uber, and grab it in the demo ;). There was a little mixup! 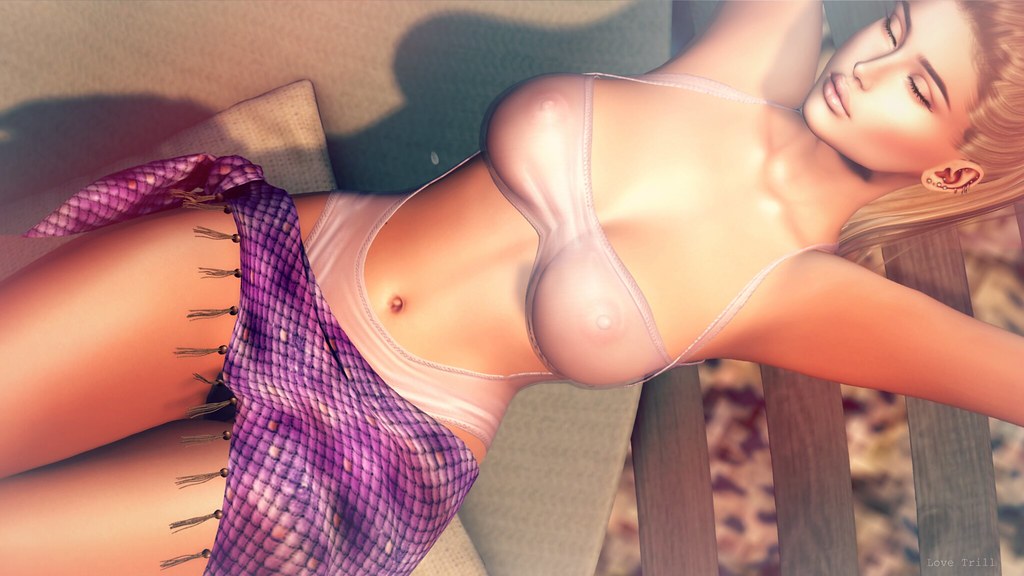 Hey there Fabulouses!  I am such a chicken… As much fun as it looks, I would never dive off of falls in real life.  I’d be far too worried about how long I’d be stuck under the water not breathing and it’s cold and wet…  (shudders).  My hair would get wet!  I am more of a shore lounger or a beach walker in RL, but in SL I’m as brave as they come.  The new wet/dry interactive swimsuit group gift at Salt & Pepper inspired me to take a trip to the beautiful Soul2Soul Falls Sim and finally take a crack at the diving cliff.  I took a short video, which you can see below after the description of the group gift.  It’s super fun…  You can do all kinds of dives.  Go give it a try!!

The Salt & Pepper inworld group is 300L to join, but when you are a part of it, you gain access to a whole section of free group gifts including the new Zara Swimsuit that comes in a fatpack with wet/dry options.  I was lucky enough to join when it was free a couple months back.  I hope you did too!  With the interactive HUD, you can set the swimsuit to stay dry, stay wet or be interactive wet when you enter Linden water and you can dry off again with the included animated towel when you are back on land.  The sarong I am wearing is also wet/dry interactive, but is not included with the Zara Swimsuit.  It’s also a free group gift at Salt & Pepper though, and you can find it in the VIP section with the rest of the gifts.

This is a quick half minute clip of the diving cliff at Soul2Soul Falls.

Hey there Fabulouses!  I know this is a little out of the ordinary for FabFree, but I wanted to share this video by Die Villa, because when I watched it, I was amazed by all of the hard work, choreography and creativity that went into it! *mind blown*!  ENJOY! 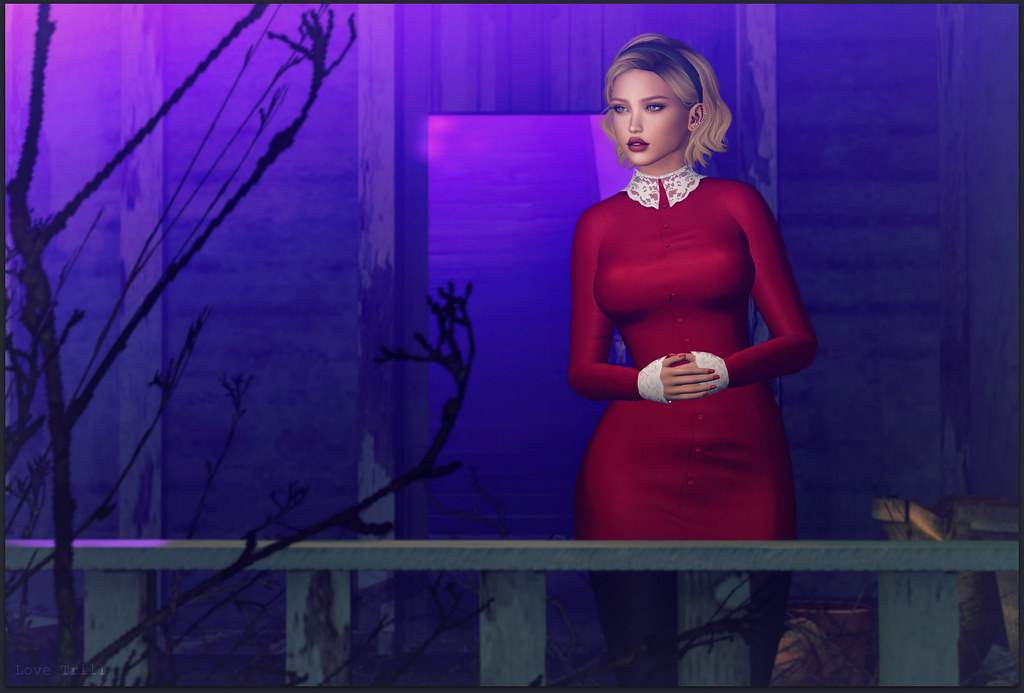 Hello there FabFree Readers!  Are you totally geeking out on Netflix’s “The Chilling Adventures of Sabrina Spellman”, like I am?  I am not very far into the series (not because it isn’t binge-worthy, but because I have too many other shows on the go!!), but so far I am sold on it!  It’s dark, and dramatic and even funny in parts.

A chilling adventure of my own!

I was really excited when I saw the Chilling Dress by Dead Dollz, because I could dress up as Sabrina.  This particular dress reminds me of episode 2 when she was luring the boys into the mine with the witch bitches to teach them a lesson (Video clip of that scene)! “The four of us were thinking of having a little party in the mines… but we would need beer and boys for that.” ~ Sabrina.

The Chilling Dress will be available on Friday for Fifty Linden Friday at just 50L.  It comes as a mini bundle pack including 5 colors and is Maitreya Lara fitted!

Having too much fun

Yep…  I extra geeked out and made a video too.  I’m dancing along with MOVE! Animations Jana 056.  The Jana Bento Dance Animations are described as sexy, confident and happy, and 056 was just the dance I needed to get my Brina on!

Get your dancing shoes on…

There’s a new FREE Bento dance animation at Move! Animations!!  All you need to do is touch the sign, and it auto delivers for free!!  In my video the animation loops three or four times, and I can’t remember how long exactly it is, but I would say about 35 seconds before it starts over again which means you can dance all cool without doing the same things too many times in a row (laughs!). 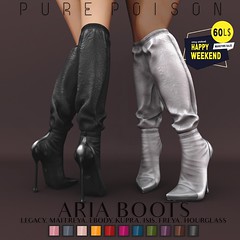 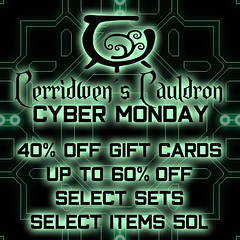