Yes.. another post of me in fins lol  I am quite enjoying this whole swimming thing, and there are so many beautiful mermaid sets out there to show!  The set above that I am wearing is a new release from Mermaid Treasure & Boutique that can be purchased for 500L at the Fantasy Faire 2012.  This is not a donation item, but as I mentioned in a previous post, they do have donation items at their Faire location.  The side shaved hair I am wearing is a new release that can be found at Wasabi Pills Fantasy Faire location called Teeloh Mesh Hair and is available in mens and women’s sizes.  I’m mixing up my fairs a little here.. because I also want to mention to you that the skin I am wearing can be found at The Kawaii Fair lol…  This one is made by Modish, called UrKiddo Sunkiss Nude Teeth and is just 10L at the Kawaii Fair Bazaar Building.

I have a couple more donation items from The Fantasy Faire 2012 to share with you that I found super cute!  As I have mentioned in previous posts the Fantasy Faire 2012 is supporting The American Cancer Society.  The pose below is called Pearl Diving and is a donation item for Relay For Life made by Studio Sidhe which you can pick up for a minimum donation of 150L.  If you are a photographer of mermaids or mermen in Second Life you will know that good Merposes are hard to come by – and Studio Sidhe sure won’t disappoint!

I’m going from mermaid to petite below to show you the other donation item from Studio Sidhe.  This next pose is called Not Quite Cupid and is the most adorable human/petite pose set!  I asked Free Jaggernov to pose with petite me and she was ever so kind as to co-operate.  Thank you Free, for your help!  The Not Quite Cupid pose set can be purchased with a minimum donation of 200L at The Fantasy Faire 2012.

It has been a couple days since the Fantasy Faire 2012 started and I am still visiting my way through the sims and the shops within the sims and there really is a HUGE fantasy side to Second Life I had no idea about!  There are trolls, and elves and all sorts of mystical creatures wandering, flying and swimming around the sims taking in the events.  One could really go just to creature watch and be amazed by the creativity of some of these outfits/avatars people have put together with the talented creators of Second Life.

Another shop I am in love with at the Fantasy Faire 2012 is Mermaid Treasure & Boutique which is on the Siren’s Secret Sim.  They have several donation items (Relay For Life) at their Faire location as well as some beautiful new releases.  The Mermesh Mermaid in purple I am wearing above includes the mesh fins as well as the seashell bra and can be yours with a minimum donation of 250L.  The Tribal Accessories in purple you see peeking out of my hair are a 100L donation item.

Below I am modelling the Lo’s Passion Mermaid Set (min. 500L donation item) and the Limited Edition Crystal Mermaid Crown Set that includes the crown and also the necklace in purple.  (min. 100L donation item).

If there is one thing a mermaid always wishes to do, it’s dance on real legs and the Merrow Pavillion below is the perfect place to do it.  This is available at Mermaid Treasure & Boutique for a minimum 200L donation!  It’s fantastic under the sea or above water.  It is HUGE – you can see my little avatar in the center of the pavillion to show you the size of it. 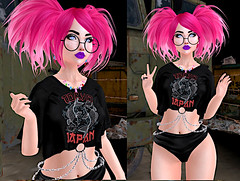 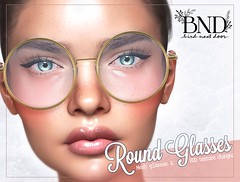 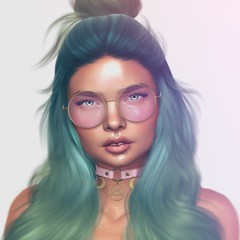