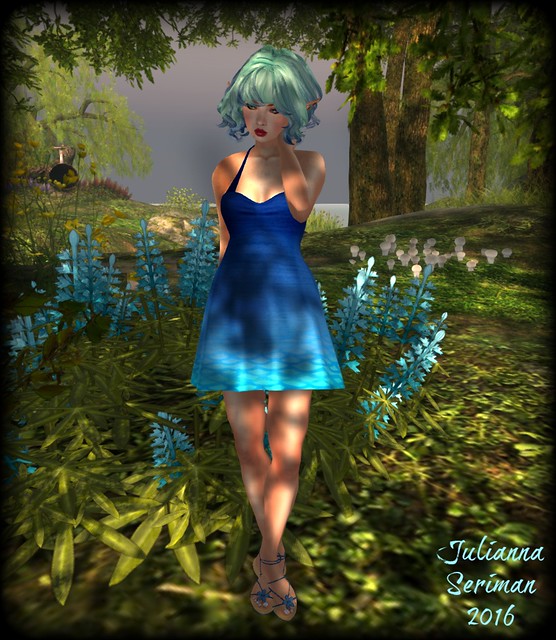 I guess I could have called this post Blue Monday or Monday blues… but in a good way! My “blues” are curtesy of the Nerdy Girl Cart at the Bi Annual Wash cart Sale today. My gorgeous blue dress is the “Beach Dress” in Blue Ocean. This cute dress comes in the standard Mesh sizes XS-L and has it’s own alpha layer. The Beach Dress comes in three ‘wave’ colors, a cloud white, denim and a super cute nautical print. All for just 10L each!  Even my cute “Flower Sandals” are from the Nerdy Girl Cart. The sandals come in five colors ( each sold separately) and with a rigged version for SLink flat feet and an unrigged version as well.

I’ve even got a great new blue hairstyle today from Analog Dog. This is ‘Kanpai’ and not only does it come in blue… it comes in pink and auburn and blonde and… well, every color Analog Dog makes! Analog Dog has set out the full free fatpack of Kanpai as part of the Second Life 13th Birthday Celebration at Hairology.  There’s a ton of gorgeous free hairstyles to be had at Hairology this round as well as deep discounts on some of the best styles for the best designers! Just look for the layer cake at many of the booths and have a slice. 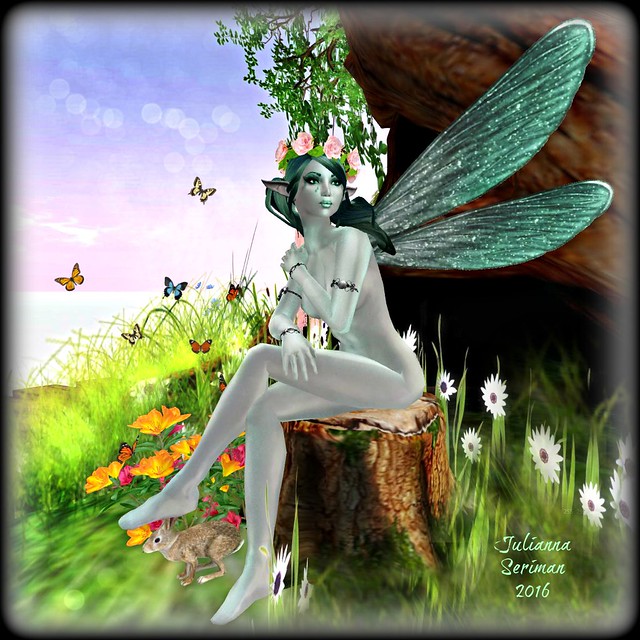 I’ve given up completely to the RP side of my nature today. Forget high fashion… I just want to run around nekkid and be a wild pixie for awhile! Stargazer has supplied the perfect new skin to be in for this. This is the “Dusted Fairy” skin with the pretty face paints, wings with a HUD for six styles, hair and eyes prize package for the Fair Play Jewel Gacha. The Jewel Gacha is kind of different because most of the merchants at Fair Play have donated an item to the Fair wide Gacha game. Just click on one of the big jewels scattered around the Fair Play site and get in on the fun for just 20L per play.

My pretty jewelry is also from the Jewel Gacha. This is the “Silverstone” set from Eveline in the Box. You get upper armlets for both arms and bracelets for both wrists in one prize. 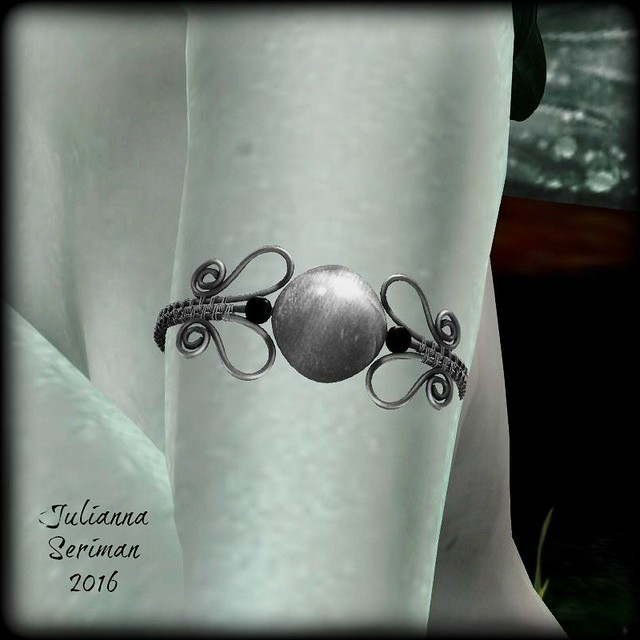 Last, but not least, is my gorgeous crown of spring roses and ribbons from Blue Moon Enterprise. I just love the pretty details! 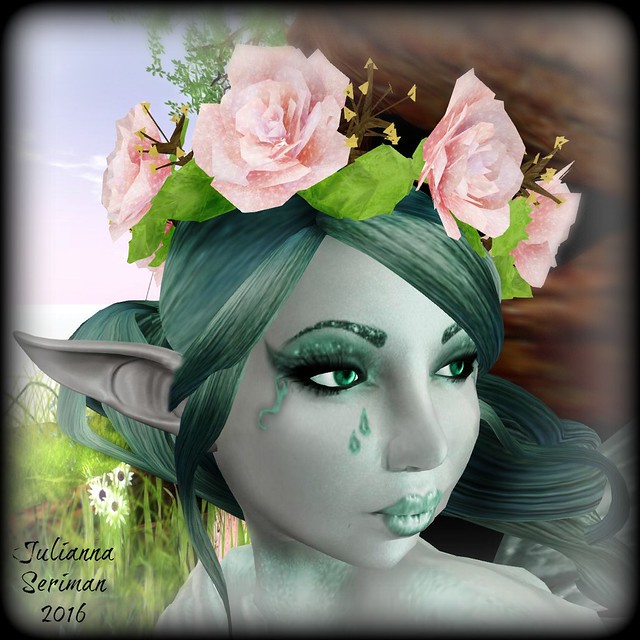 Fair Play and the Jewel Gacha runs until March 27 so if you want to be a pixie too, hurry hurry over! 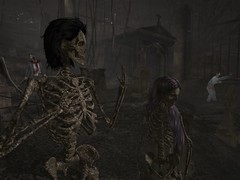