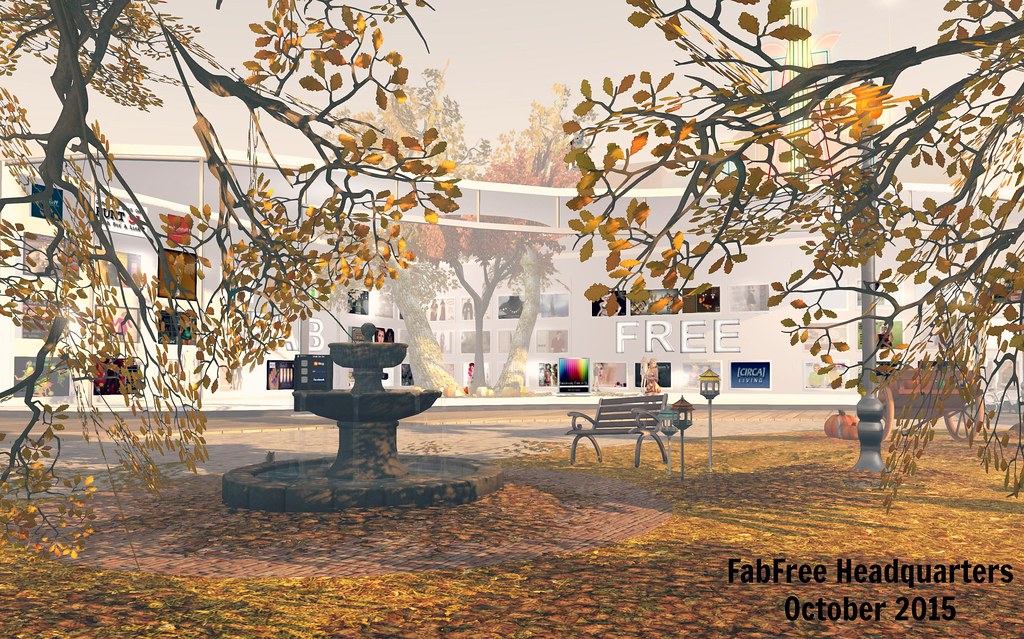 Just a reminder – as announced [HERE] and [HERE], the FabFree Headquarters Inworld Location will be closed tonight. Today is your very last chance to visit The Gift Gallery and pick up the 60 FREE GIFTS we have available to you!

*  Blog:  Our blog will remain open and active – continuing to feature free and under 75L offers.

*  Inworld Group:  We will keep the Fabulously Free in SL inworld group open and those with chat abilities will be able to continue chatting.  If you wish to request chat perms, please send a notecard to Prudence Rexroth.   Notices will only be used by the FabFree team to update the group on blog updates.

*  FabFree Headquarters:  Will be closed on October 31st.

As mentioned in previous posts, our FabFree Headquarters inworld location will be coming to a close on Saturday, October 31st. Be sure to take advantage of these last few days and stop by for a visit!  The walls of The Gift Gallery are still stuffed with absolutely free gifts, donated by some very talented designers, but they will all be gone at the end of the month.

The FabFree Team would like to take this opportunity to thank Floatie Hock for generously sponsoring the land for our FabFree inworld location to remain open since June of 2009.  We would also like to show our appreciation to Grace Selene, the The Wash‘s Manager for being so accommodating and helpful during our lengthy stay.

Big hugs and many thanks goes to the hundreds of kind designers that have donated gifts through Fabulously Free in SL over the years.  Your part in FabFree will not be forgotten.

Just for a little trip down memory lane…  Here is a photo of the original retro station build on The Wash Sim (designed and donated by Floatie Hock – 2011):

In December 2008 FabFree moved to MC East River,  a waterfront location that was generously donated by Scotti Rhodes. We kept the beachy colours and theme in our new home.

June of 2009 was another move for Fabfree HQ as we’ve continued to grow to be the best freebie hotspot in Second Life; this time to the funky, retro Car Wash sim owned by Floatie Hock.  The FabFree HQ is also build and sponsored by Floatie Hock.

FabFree Relocated for its final home on The Wash sim sponsored once again by our friend, Floatie Hock.  The amazing build and land was donated to the Fabulously Free in SL group in February 2011.

In April of 2014, FabFree HQ was renovated, remaining on The Wash sim with the help of Xiulan Caldwell, allowing for the addition of a park like setting and a gacha garden for events. 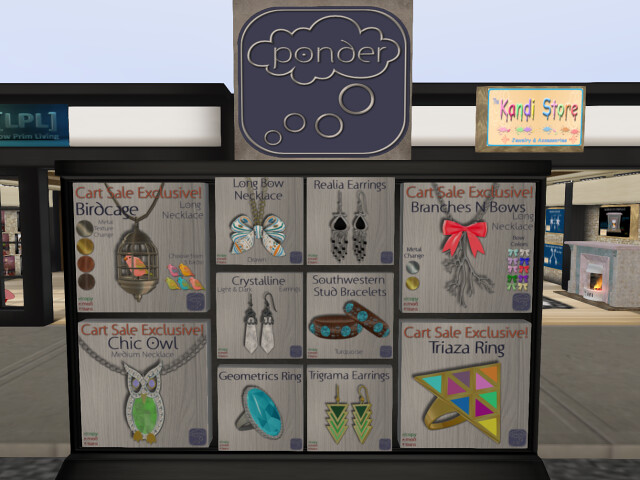 I am going to show you how these pieces from The ponder Cart look so you can be sure they are the right look for you.

Several of the pieces of jewelry come with a resize option. Touch the item and you will get a menu for resizing so you can make adjustments to get the perfect fit. Today I am showing you everything without any adjustments so you can see how it comes right out of the boxes. 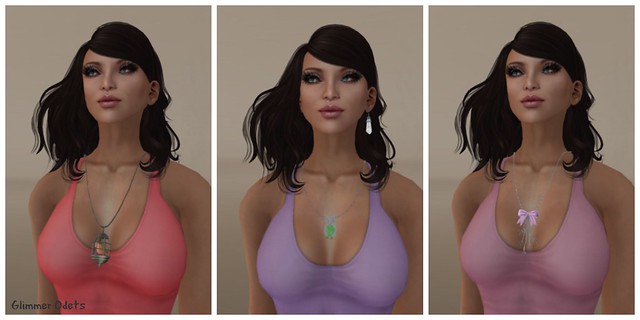 All 3 of these necklaces are ponder cart exclusives which I am guessing means you won’t be able to get them after the sale is over so if you want them snap them up. The Birdcage and Branch N Bows necklaces both include color change options. 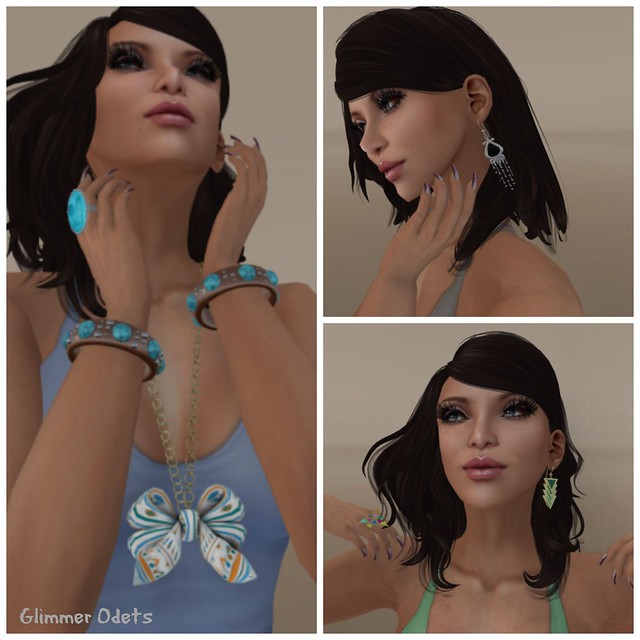 Both the rings were very easy to edit into place to fit onto my Slink hand. Both the ear rings and bracelets have resizers.

At 10L each a stop at The ponder Cart is an easy way to fill up your jewelry box with good basic everyday pieces. Remember The Wash Cart Sale runs til the 16th.

The Wash Cart Sale – ponder (all items 10L each)

Jewelry: The Wash Cart Sale – ponder (all items 10L each)

Jewelry: The Wash Cart Sale – ponder (all items 10L each)

A big thank you goes to Nerdy Girl, Artic Storm and The Vintage Touch for their new gifts at FabFree Headquarters! – TAXI–>  http://maps.secondlife.com/secondlife/The%20Wash/97/142/23

Heads up Fabulous readers! We have two new gifts at FabFree Headquarters thanks to the generosity of Karla Boutique and Artic Storm 🙂  TAXI–>  http://maps.secondlife.com/secondlife/The%20Wash/97/142/23

This week at FabFree Headquarters we have new additions to the 60+ selection of free gifts in The Gift Gallery by Rowena Springflower, Prism & Dellybeams Gem Gallery!

As I mentioned in my last post, Hello Dave has placed a new free gift up at FabFree Headquarters and I am showing these great Slink Nail Appliers in my photo today but I have some more Hello Dave news that I think you might be interested in learning!!

Members of Fabulously Free in SL  (group is free to join!!) can claim L$150 store credit when they visit the Hello Dave main store  – available until 30th June.

To claim your free store credit, wear your Fab Free in SL group tag, and click this sign in-store, located right in front of the landing point, beneath the Fab Free in SL sign.

You can add to your store credit at any time by paying the store credit terminal on the main wall right in front of the landing point.  Be sure to join their shop inworld group for more VIP gifts!

We have three really super new gifts in The Gift Gallery at FabFree Headquarters this week thanks to the generosity of ONE-Creation, Storax Tree & Hello Dave.  We also have an updated gift vendor by External Appearances (women’s shape) alas I don’t have a vendor ad for it, so you’ll have to take my word for it that it is worth running down for!  See you there 🙂  TELEPORT

We have three new gifts in The Gift Gallery at FabFree Headquarters this week! Even one for the guys 🙂 (YAY!).  A big thank you goes to Tiffany Designs, The Vamp Realm and B!asta!!

Just popping in to let you know we have three new additions to large selection of free gifts at The Gift Gallery at FabFree Headquarters!  This week, a big thank you goes to {Vision} – S&F, 3GD’s and Ms. B’s Designs for their generosity! 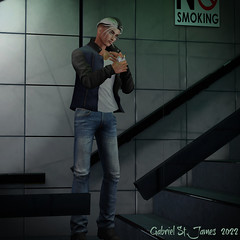 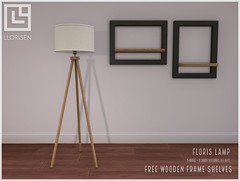 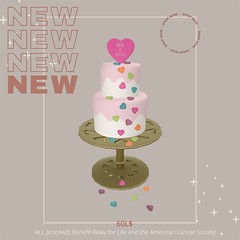 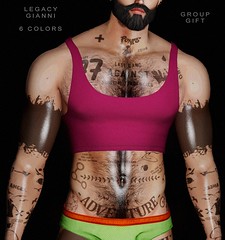