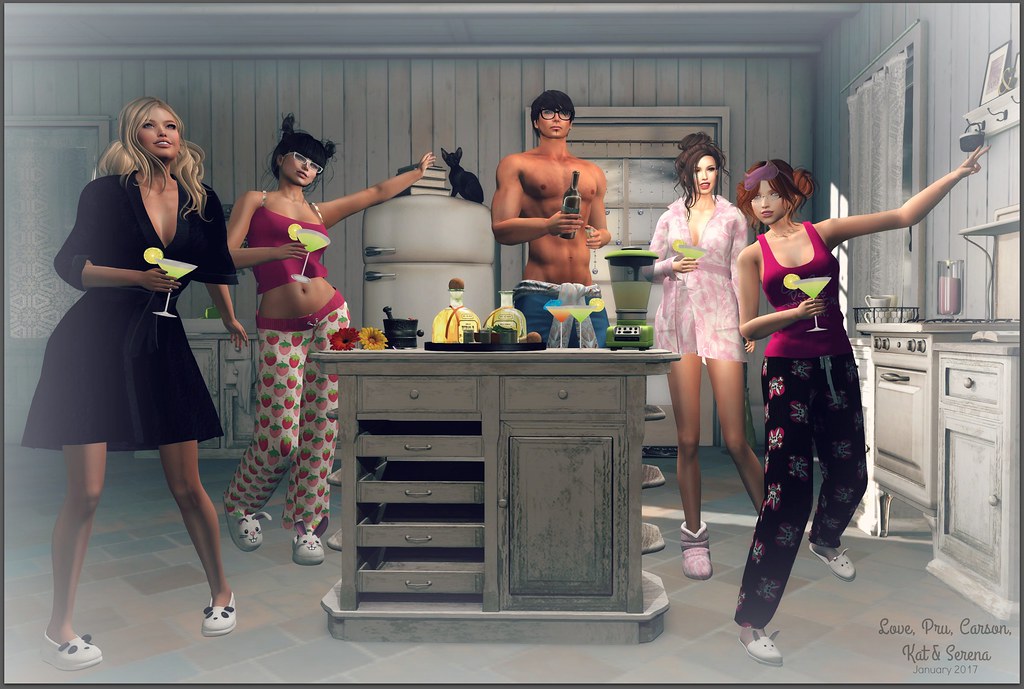 Hi there Fabulouses! The other day, a few of the girls and I were commiserating about disobedient dogs (and men),  and decided that we couldn’t solve our problems… but we could have “midnight margaritas”!

It was around midnight last night when I called on the whole team with a “whirrrrrrrr” of my blender to pop into my kitchen for some fun!  I wasn’t able to wake Edi or Astrid out of their sound slumbers…  I’ll have to catch them next time, but Serena, Kat, Pru and Carson all came running, still in their jammies at the sound of “put the lime in the coconut…”.

* Note for those who for some reason don’t know the best scene in the best movie ever…  Practical Magic – Midnight Margaritas:  https://www.youtube.com/watch?v=1Ihb6FLSh64

Wouldn’t you know it…  all of our night clothes are under the Fabulous 75L limit, with some of them even being free!  Check out the credits below…

ps. Thank you for posing for me ladies and abs! 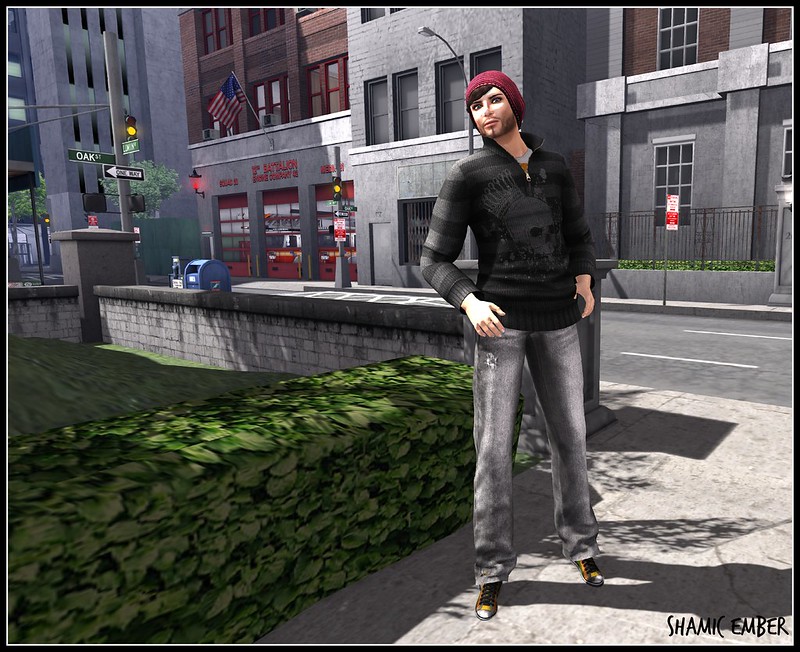 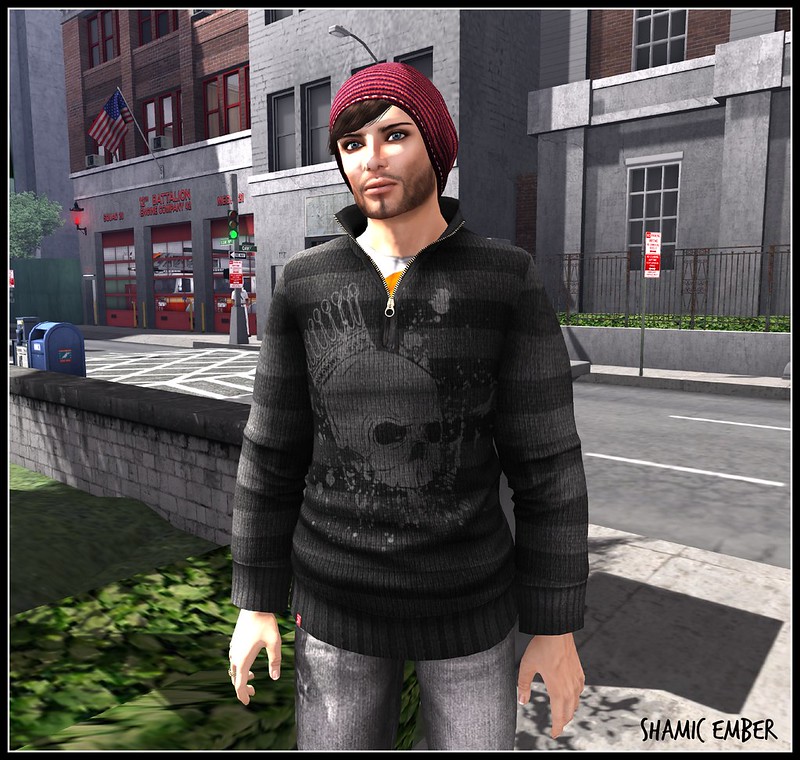 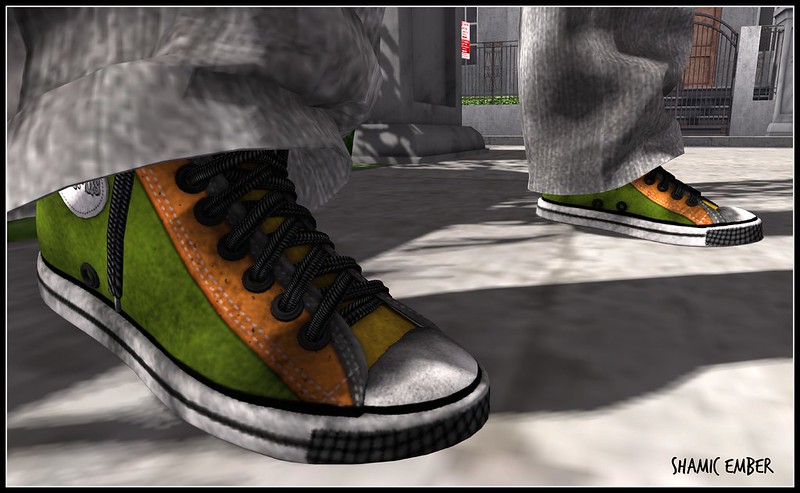 Hello everyone! Today Im letting Mr0mizu show you some more things from The Blues Hunt which is a hunt geared towards the males of SL. There are some really great prizes on this hunt for you to find so its definately worth doing! All prizes are L$5 to purchase and the hunt ends on the 31st August so there is still around a week left to complete it. There are 50 stores to search and you are searching for a little cylinder shaped object with a blue top.

You can see some of the other hunt items that have been previously blogged here!

If you are looking for great new hair, then be sure to pick up the Miles Hair by Damselfly. It comes with a HUD so you can change through the pack of natural shades that are included with the prize! The Bootcamp Training Jacket & Ribcage V Neck Tee by Goth1c0 is a great two piece set. You can wear the jacket and shirt together or seperately which makes it really versatile. 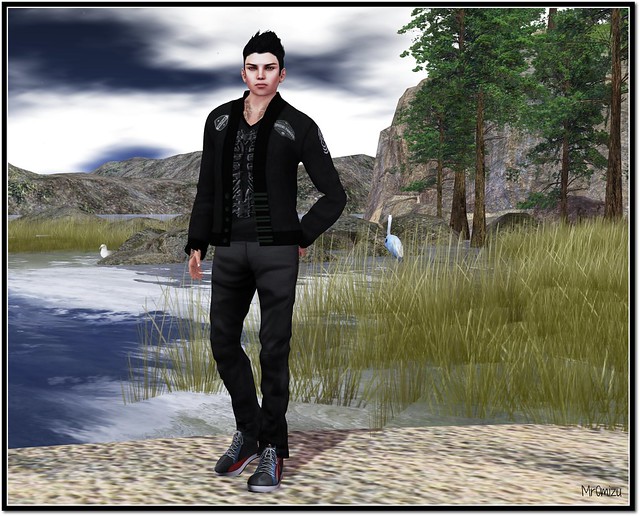 There are several different tops and tee’s you can find on the hunt, here are a few of them but there are more! The Eleven Polo by Twenty13 is on the left with the purple mens Shirt & Vest one piece by Citrus in the middle. Lastly there is the fun Mousys Tank Shirt by sYs Design on the right which allows a better view of the Mazie Tattoo by Reckless which is also another prize on the hunt!

I hope you guys will enjoy this post! Mr0mizu will be back soon to show more male freebies and discounts!

’tis the Season of Giving at SLebrity City with 24 days of acts of kindness and love at The Holiday Fair! There are heaps of items to see and whats best is that ALL items are transferable so you can pick something to make this Christmas even more special for all the loved ones in your life! The event ends on the 24th December so you still have several days to visit!

Below are some of the freebies and dollarbies from the generous designers, that you can find at the event!

Hooray its time for the Frost Fair which runs from the 15th December – 5th January. There are so many gifts and dollarbies here from the amazingly generous designers and whats best is that they are all together underneath two trees either side of the main landing area

Below are a mix of some of the gifts under both of the trees. Be sure to visit both to get all the goodies shown and some that havent been!

Hello Gorgeous! Today I wanted to show some gifts available at the Holiday Fair held at Slebrity City. Some of them are completely free and some others are for sale for 1L. This fair will be held until the 24th and you’ll not only find some amazing gifts but other stuff at really good prices, so you might go there and check it. 😉

I’m also showing you Little Bones new gifts. They are two hair styles in four different colors each. They are available on the past notices of the Little Bones group, so you have to hurry up until the notice disappears. 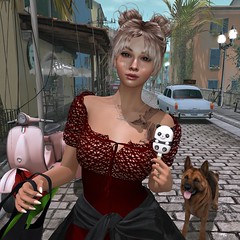 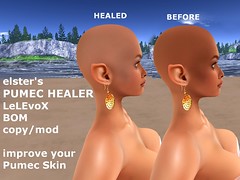 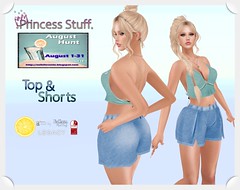 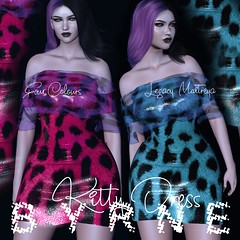