To commemorate the FabFree blog 2 year anniversary, Ms. treebee Withnail made a set of two male t-shirts and two female tanks.  The shirts can be found in the Fabulously Free in SL group notices.  FabFree is the oldest Second Life freebie blog.  The blog was started on September 6, 2007 by Cherlindrea Lamont.  I took over leadership in September of 2008.

The rose colored Caulfield dress was given to This is a Fawn sub-o group members yesterday. 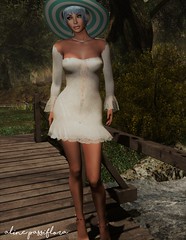 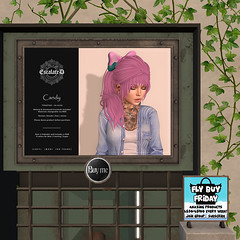