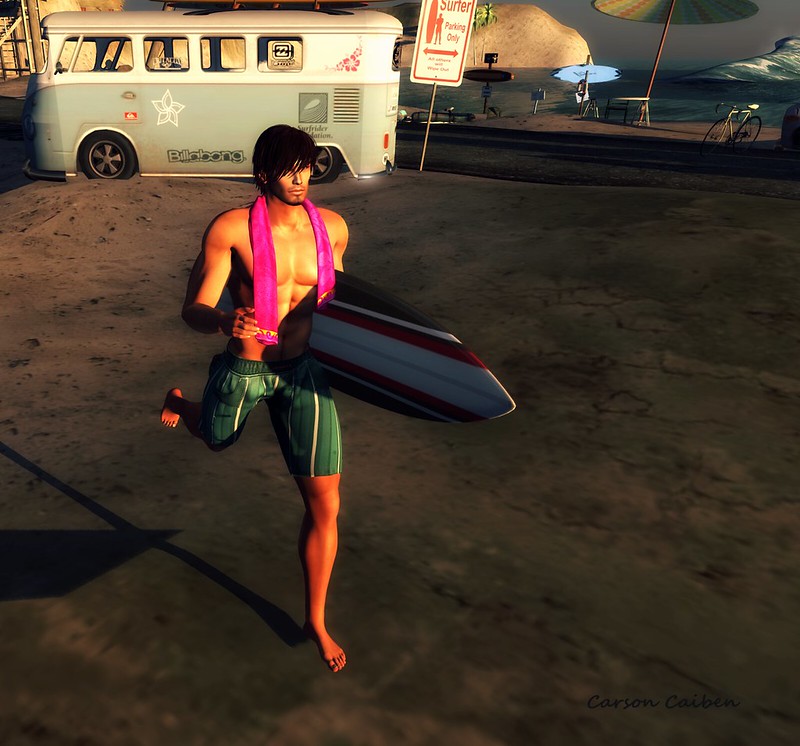 While most people are still sleeping on this holiday Monday in the United States, I’m up at dawn and ready to catch a few waves before breakfast. While she’s off on her mini spa vacation, I slept in the van on the beach, just to be one of the first in the water. I’ll take a few waves then set out to all the backyard BBQs I’ve been invited to.

I found two group gifts perfect for this mornings boarding. By joining the group for FREE at Lavarock Creations, you can pick up the Robin Male Shorts. The shorts come with a texture HUD with five different colors that you can choose between solids or stripes for ten different looks. The Robin Shorts are fitted for the following body types:

Not a crying towel…

I also found the Tropical Beach Towel FREE group gift at ::K::. This towel comes in both male and female versions and can be worn over one or both shoulders. The towel also comes with a built in resizer to get the perfect fit. I’m also featuring another pose out of the Surf’s Up series by Le Poppycock. Amped can be won from the gacha machine for just 50L.
I’ve worked up an appetite after surfing. I hope there are ribs at the BBQ. Or at least a pulled pork sammich, maybe…? 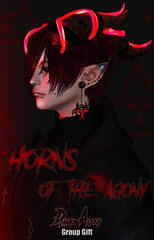 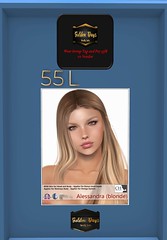 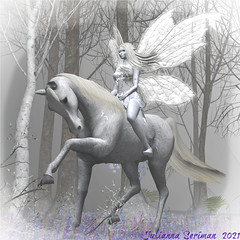