Hey there Fabulouses!  I hope you are enjoying your weekend :).  As you can see I have found myself a cozy little nook to rest in on the Follow Your Bliss sim, and it couldn’t be more needed!  I didn’t even bring a dog with me this time, because we all know how my dogs behave and I just needed some peace…  It’s been a long, busy and challenging week!  I left all 23 of my furr babies with him and his new cat.  I am sure they are having a lovely and relaxing time  adjusting to eachother.  *crickets*

Blogging, for me… is a way to relax and unwind, so I have put on an outfit that I picked up for just 1L courtesy of MOoH!  for the Stupid Cupid Hunt. and set out to find a nice place for a photo.

If you like the Tabitha Outfit by MOoH!  that I am wearing today that includes the breezy Rope Cowl Neck Top and metallic leather Cut Out Pants, all you need to do is hunt down that little red arrow icon at the MOoH! store and pick it up for 1L.  Don’t delay though – this hunt only runs until the end of the month!

Well, hello there Fabulous Readers <3.  Today is day five of my stocking up on free-ish lingerie challenge!  Previously on FabFree, I had mentioned that BOSL is hosting a 1L Kiss of The Valentine Hunt  at BOSL Boulevard Couture, and showed you the sexy prize by Alaskametro.  Today I am showing off the hot little number you’ll have after you pick up Masoom’s hidden heart for 1L!

After you find the hidden red heart hunt icon by Masoom at BOSL Boulevard Couture and pick it up for 1L, you’ll have the Siren Lingerie pictured above.  This sultry red set includes the appliers and add-on silk belt.  Just as you can add it on, you can take it off.  What you decide to do with the silk tie this Valentine’s Day,  is completely up to you ;). 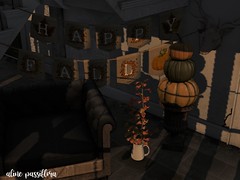 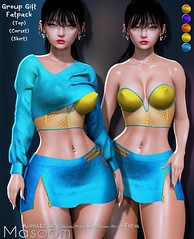 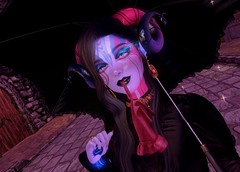