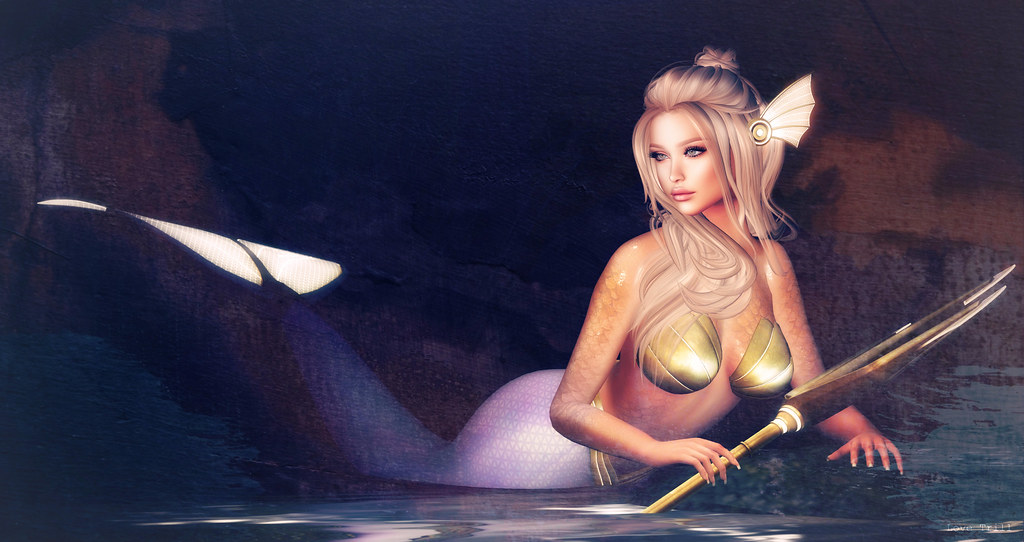 Hey there Fabulouses! If you catch me dressing up as something other than a human in Second Life, it is usually an elf or a mermaid. I came across another really cool mermaidy type set that I wanted to share news with you about!

Decoy At The Arcade!

The Arcade June round has begun, and there you can find a ton of summery machines to play, but one of my faves is the fitted for Maitreya Decoy Neon Tides Set!  It’s just 50L to play and the set contains 14 commons and 2 rares to collect.  It has a bit of a unique cyber punk vibe that will set you apart from the other frilly fins, yet is still very pretty and feminine.  All items come with glowing accents, which you can customize with 9 colours (or even changing rainbow!) via the included HUD.  The tail is bento rigged and comes with AO or no AO options.  I love the head fins 😉

I have included the vendor ad below so you can see all the pieces in the set. 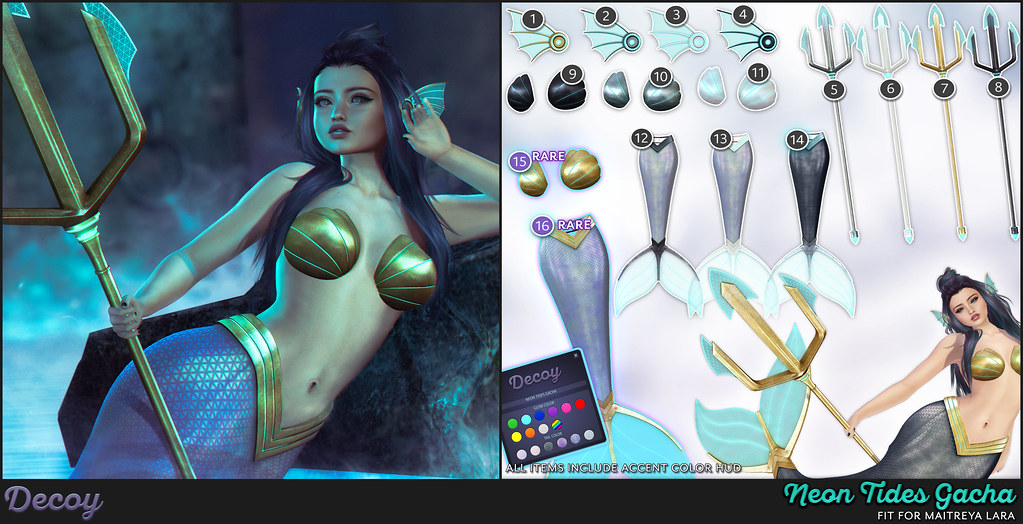