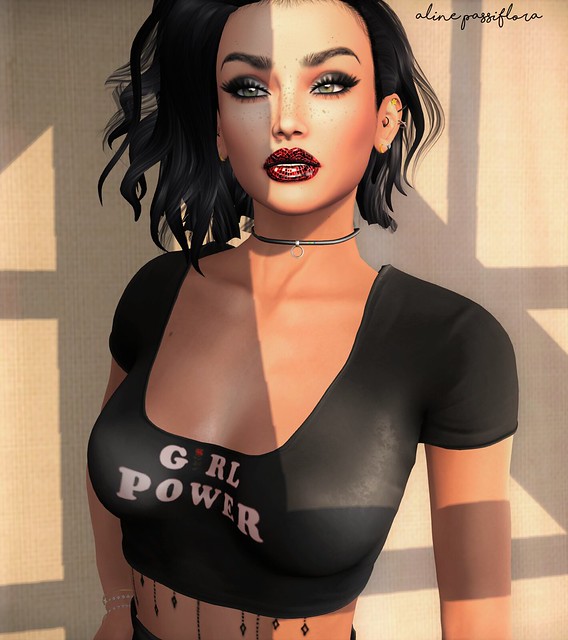 The year was 1996, and I was standing by a lake with a bunch of friends.  The summer had just begun, and all things grunge were starting to wear a little thin.  It was on that fateful day in 1996, when the sun was shining on the water and the snapping turtles were being especially jerky, that I first came in contact with my destiny – The Spice Girls.  The semi-jarring sounds of “Wannabe” floated at us from a nearby cabin, and from that moment on, it was all about Girl Power, Union Jacks, and saying “Zig Ah Zig Ahhh!” as much as possible.  It was meant to be, what can I say!

I won’t try and wax too poetic about my love for the Spice Girls, but they did bring me out of angry teenager land to a bright, fun time full of Chupa Chup lollipops and a blonde wig or two (don’t ask).  When I saw this group gift over at Una, I couldn’t say no.  I have a weakness for the ubiquitous catchphrase of the late 90’s, which still resonates within me to this day.  This top comes in black, blue and pink versions for your viewing pleasure! Anyway, to get your own hop over to Una, join the group for 50 Lindens, and this gift (plus a bunch of others) is all yours!  Score!

Another important facet of Spice Girl-dom is to make sure you’re shouting as loud as you can (after all, they used to say “Silence is Golden, But Shouting is Fun).  I found the perfect lipstick for shouting over at Collabor88.  It looks just like a mini disco ball!  If you head over to the Sintiklia booth, you’ll find there’s a wearable demo which comes with appliers for Genus and Catwa heads as well as an Omega applier.  Pretty cool eh?

I’m off to slam it to the left, and shake it to the right!

Hey there Fabulouses!  I know I don’t usually get all up in your face, but I have some really nice gifts to tell you about that require a close encounter such as this!  In this blog post I’ll be featuring news about Euphoric and Besom, which all together will hook you up with eyes, eyelashes and hair for FREE!

Euphoric has just opened up a brand new store inworld and with that, the group is currently free to join and there is a shelf full of free group gifts for VIPS in the way of eyes, eye appliers, eyelashes, and makeup.  I am not sure if the fee will stay free, or if it will have a fee associated with it in the future, so now…  is a great time to join!  I am wearing a couple of gifts in my photo today:

I am not sure how much longer this will be happening, but for the last week or so I have been visiting Besom daily to slap their Midnight Mania Board which contains different FREE hairstyles every day!  This one is called Gypsy Love, and it’s so much fun with the fly away strands and sassy volumized waves.  There is no group required, but you’ll need to get there early… it’s been locking down really quickly as these are FULL FATPACKS! 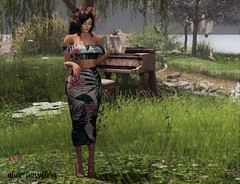 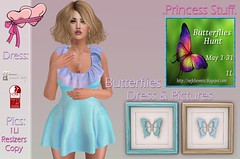 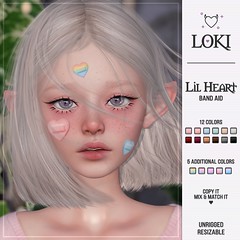