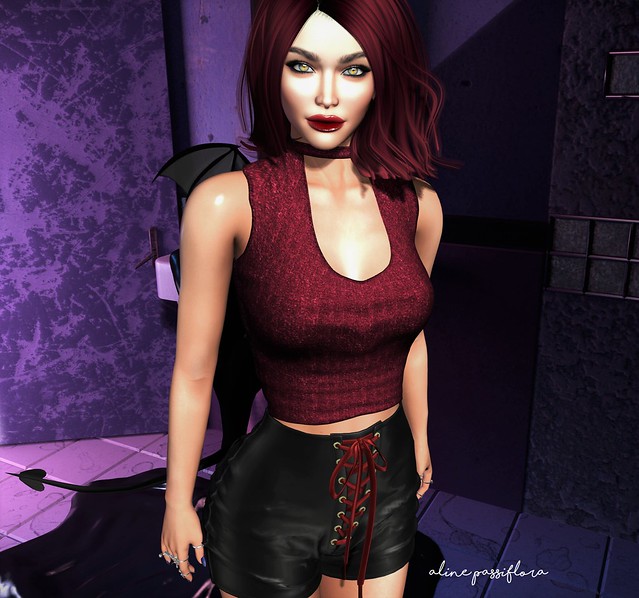 Happy Halloween Fab Free!  I just finished my marathon of a day of spookiness, and I’ve finally managed to sit back on the couch and take a breather.  Here’s a cute look that works as a very last minute costume, or something devilishly sweet to carry you through the next few days!

I’ll keep it simple tonight, seeing as I’m about to nod off into the land of exhaustion.  I put together a few super cute finds from all over the grid and beyond for this spicy look:

I’m going to go terrorize all the leftover candy! 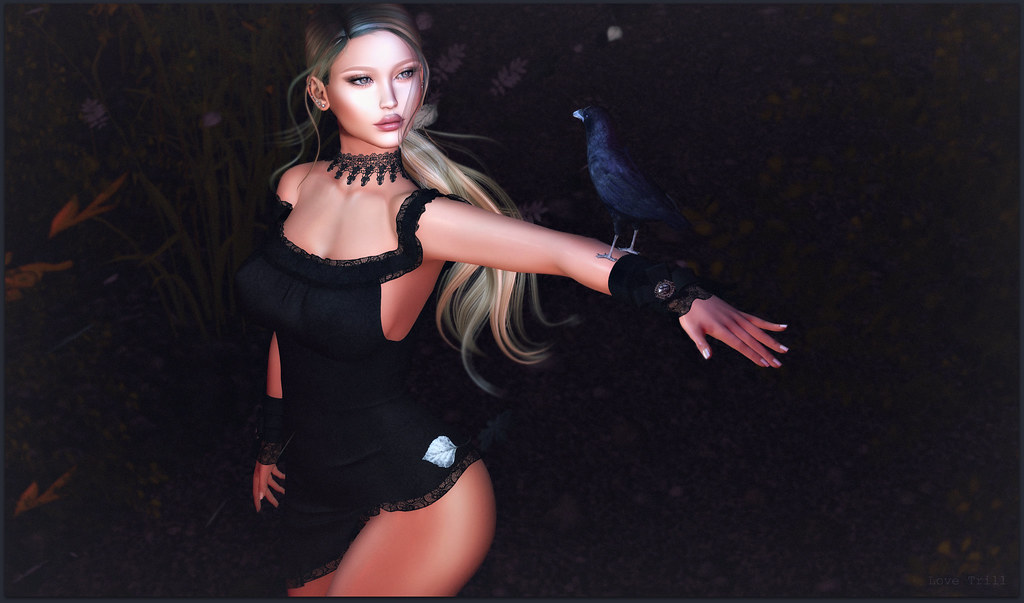 Hello there Fabulouses and Happy Halloween! It would seem that in RL my familiar is a little black dog, but in SL it appears to be this cool Raven.  I hope it has more insight than my dog.

I am in love with the Margarita gacha set that is at the Nerido store, and thought that since it is under our 75L limit to play, I would share the news here!  I am sure it was probably at an event a while back but somehow I missed it, and found it at the mainstore recently.  You know what that means?  No problem TPing in, and no lag ;D.

As you can see from the vendor ad below the pieces come in six different colours and some of the dresses are even common!  The dresses are super sexy with the super high peek on the left side and the lacy trim, but my absolute favourite piece of this set is the gloves with the ribbon and gem. 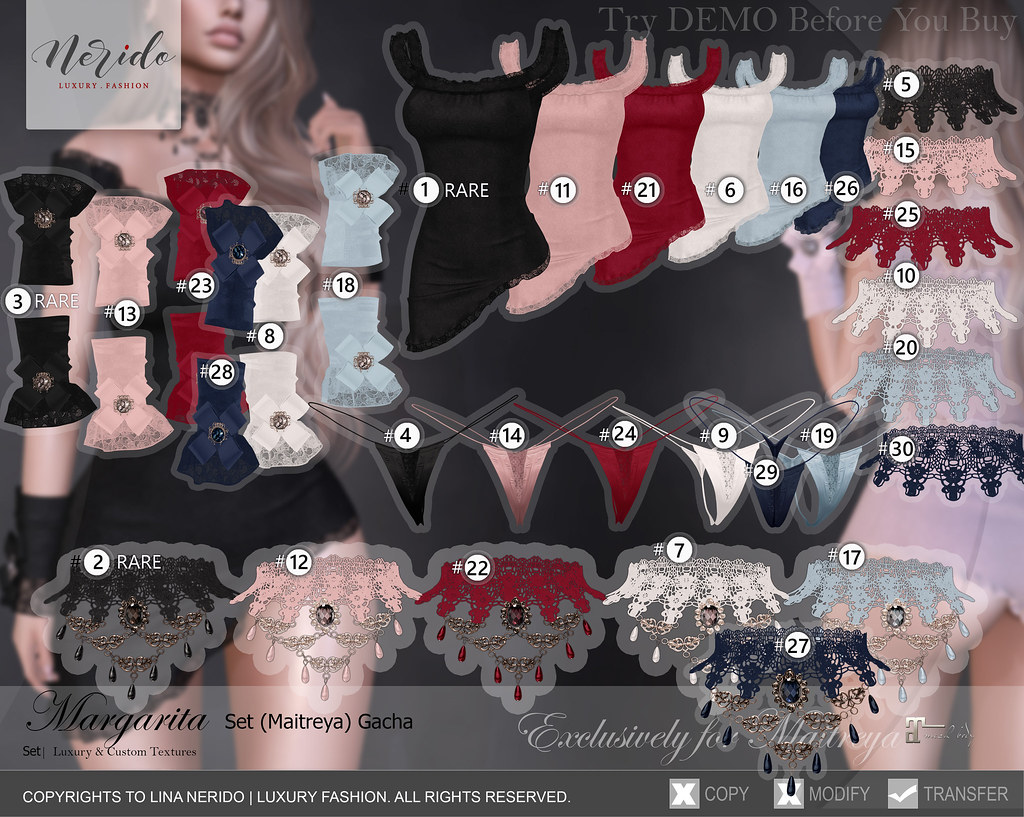 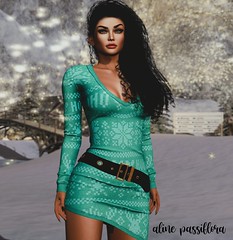 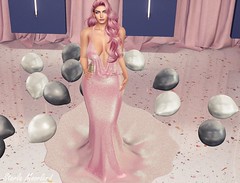 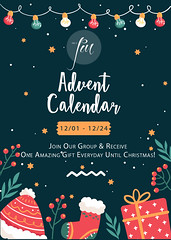