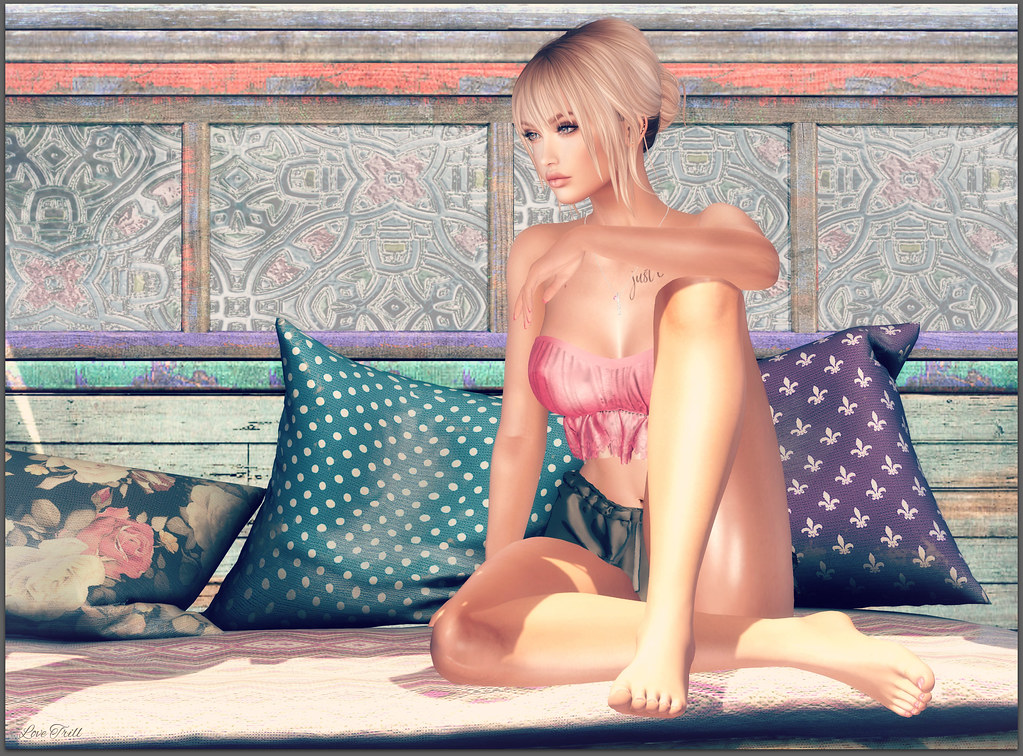 Hey there FabFree!  Thank goodness it’s Friday 🙂 It’s been a long week and I can’t wait for a Saturday morning like this, with my hair up, and my apparel comfy!  The fact that almost all of this stuff is free, is a sweet, sweet weekend bonus!

The little Maitreya fitted cropped top you see me wearing is called the Ana Top and is available as a free group gift at Via Fulo with a free group join.  This gift comes with a texture change HUD that allows for six colour options.

I couldn’t help but purchase the Karen Shorts near the gift vendor because they look so cute with this gift.  I got the black shorts, because it will match with all the colours in the HUD!

Yes!  I am still unpacking boxes and bags of free group gifts that I picked up at FaMESHed and I came across a couple that were perfect for this look today. 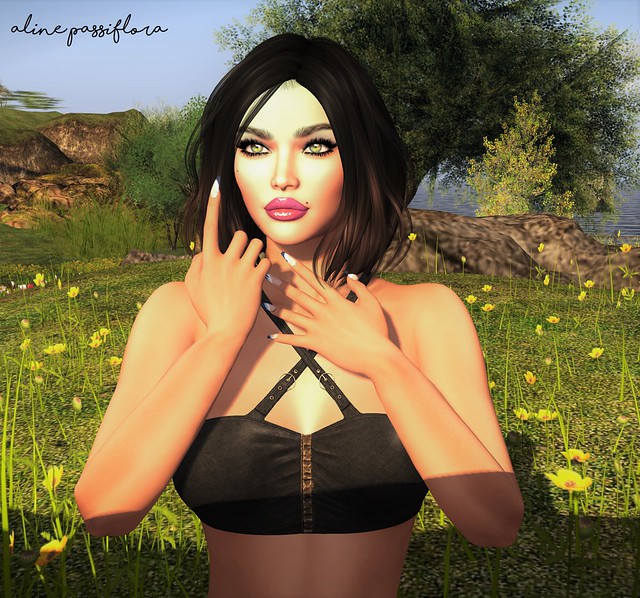 I lived in France for a while when I was a teenager.  I really didn’t appreciate it at all at first.  My parents took a year off work and we headed over there.  In my mind, they had taken me away from all my friends and whatever other charms the 90’s held – I assume flannel shirts, Weezer and Jolt Cola.  But as the year we spent there went on, I came to realise that Southern France was quite a charming place (understatement of the century).  I spent a bit of time on the “La Clef des Champs” sim today, pretending I was in Provence.  All that’s missing is the lavender scent!

Perhaps my look doesn’t have much to do with the dry heat and fields of Provence, but I do like a bit of incongruousness.   I found a whole bunch of gorgeous gifts at the EBento event this month!  Join the group for free, and you can pick up several fun things.  Here’s what I’m wearing:

Run on over and see what other gorgeousness you can find at EBento!

I also have another gift from The Chapter Four to show you – this top by Have Unequal comes in both black and white and works on Maitreya bodies.  Don’t you love the little clasps on it?  I like a good detail on my clothing!  If you haven’t been to The Chapter Four, do hurry up and nip over – it’s their 5th anniversary.  Join the group for 10 Lindens and get a whole lotta gifts!

I hope you find a bit of heaven in SL today! 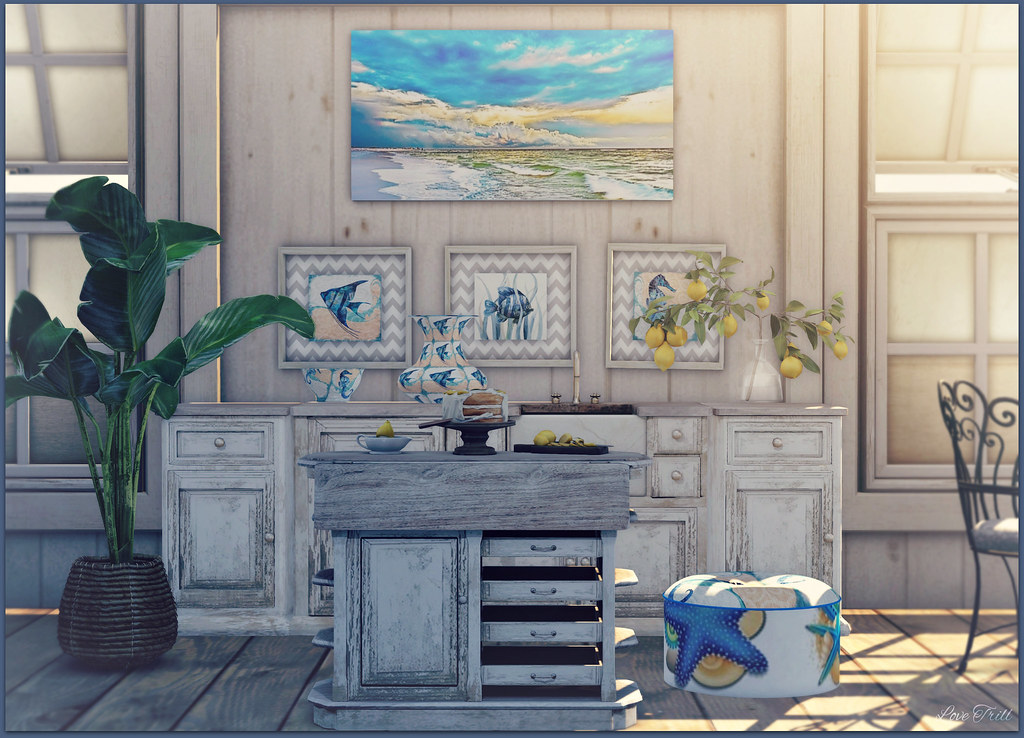 Hi there FabFree!  Today I am bringing you something a little different – a decor shot!  I wanted to show off the colourful tropical touches I have added to my virtual kitchen with some 10L finds at The Sunny Side Up Event!

At the DigitalDreams display at The Sunny Side Up Event you can find several beachy decor pieces including the following items in my photo.  Most items are very low impact at just 1 prim aside from the large ceramic piece on the counter which is 3 prims.  You really can’t go wrong at 10L a piece! 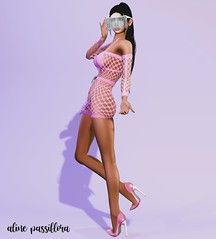 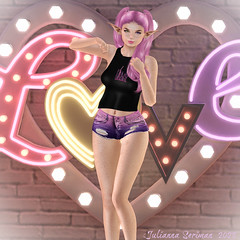