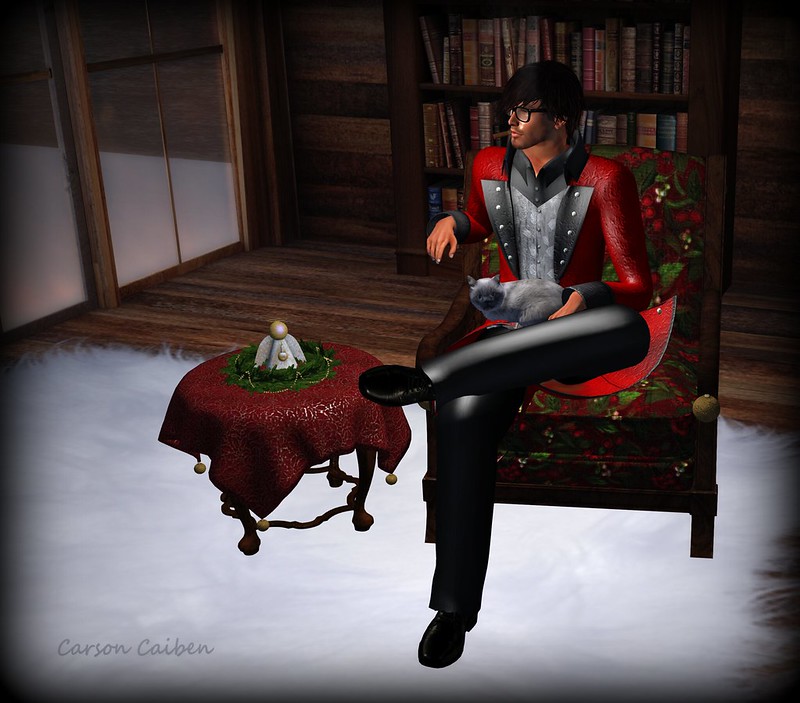 The most powerful force  in the universe, “dibs” is used to call possession of a certain object or idea. “Dibs” is a time honored tradition to all, except one… I saw the “Prenzlau” Armchair & Side Table by Kusshon as I was looking at the previews of the Peace on Earth Hunt and I immediately called “dibs”. She looked at me as if I was speaking in a foreign language (which, technically, I was because she uses too many vowels in her words). I found the definition and pasted it into chat. It was like she couldn’t read it. She then rezzed the chair and said “Oh, do you mean THIS chair?” It’s funny how she remembers the story differently [HERE]. (Ok, the part about watching pretty blondes in spandex and capes was true) It was at that point I knew for certain that she either doesn’t understand “dibs” or just completely ignored it. My money is on ignoring me as she does that most the time anyhow…

The cat doesn’t sit on his lap. He CHOOSES to sit under the feline. He doesn’t light a cigar. The cigar spontaneously lights as it touches his lips. He is the most interesting man in the world (who believes in “dibs”). And what does the most interesting man in the world wear? The Formal Men’s Suit by Wilson’s Designs as Part of the Peace on Earth Hunt. The hunt officially starts tomorrow and everyone is as excited as a child on Christmas Eve holding a plate of cookies for Santa. I’d call “dibs” on the plate of cookies, but I have a feeling I know how that would turn out…

7 thoughts on “The Importance of Calling “Dibs”” 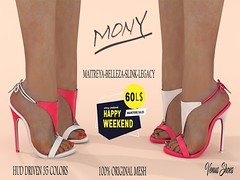