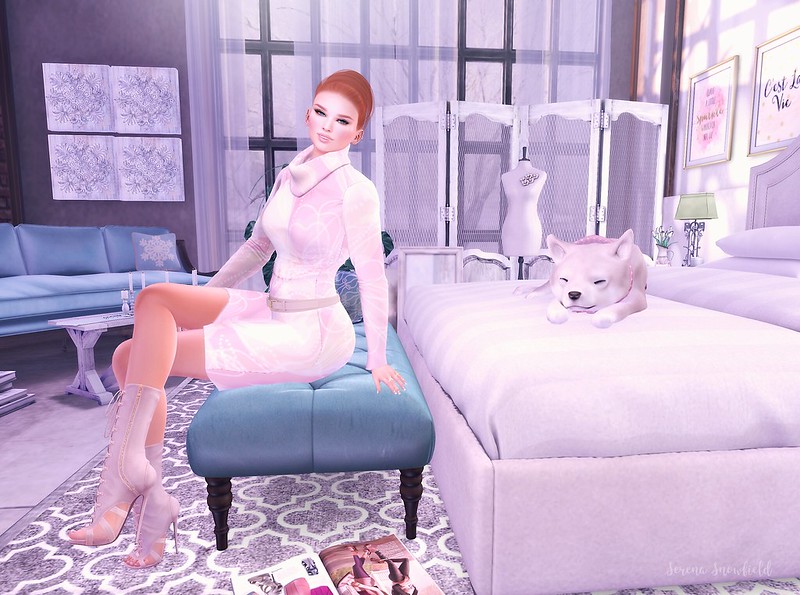 What a week, eh? Words cannot express how glad I am that today is Friday. This morning I was determined to shake it off Taylor Swift style, so I got myself dressed up to take my dog out for a walk and grab some hot coffee. Unfortunately, my silly pup would rather take a nap than go out and chase squirrels. Looks like she’s had a rough week, too! 😉

My college French is a bit rusty, but at least I know that I’m feeling “very pretty” in this Très Joli dress from The White Armory. As many of you know, The White Armory is one of the go-to stores for Medieval, fantasy, and role-play clothing. And you may also know that if you join their free in-world group, you can pick up a new gift every, single Sunday. But what you may not know is that every now and then, the free gift is not a Medieval gown, but instead is something more… 21st century.

Such is the case with this week’s group gift. The Très Joli Dress in Rose is a curve-hugging, cowl-neck that is as warm and snuggly as it is sexy. It comes in standard mesh sizes XXS-L with an alpha layer. As I mentioned, The White Armory changes group gifts every Sunday, so if you want this dress, be sure to pick it up by Saturday night!

After adding these gorgeous boots by #EMPIRE (which were in the January Luxe Box), I noticed that I was in serious need of a pedicure, so I headed over to Entice to pick up their newest Fab Free group gift. The Listen to Her Heart applier includes a pretty French manicure with 6 delicate designs. The HUD works for Slink, Maitreya, and Belleza mesh hands and feet, and I was so happy to see that an Omega applier was also included so I could wear the manicure with my Vista PROHANDS.

As with all Omega items, you will need an Omega System Kit in order to wear them. You can pick up the kit for Vista PROHANDS on the Marketplace or in the Vista Animations store.

Just a girl who loves photography, shopping, coffee, and dogs. Not always in that order.

8 thoughts on “Tres Joli in Rose” 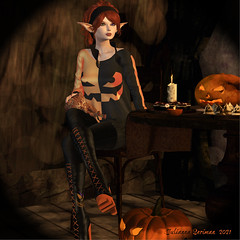 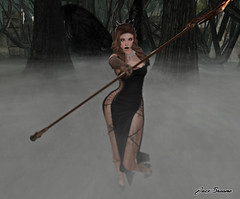