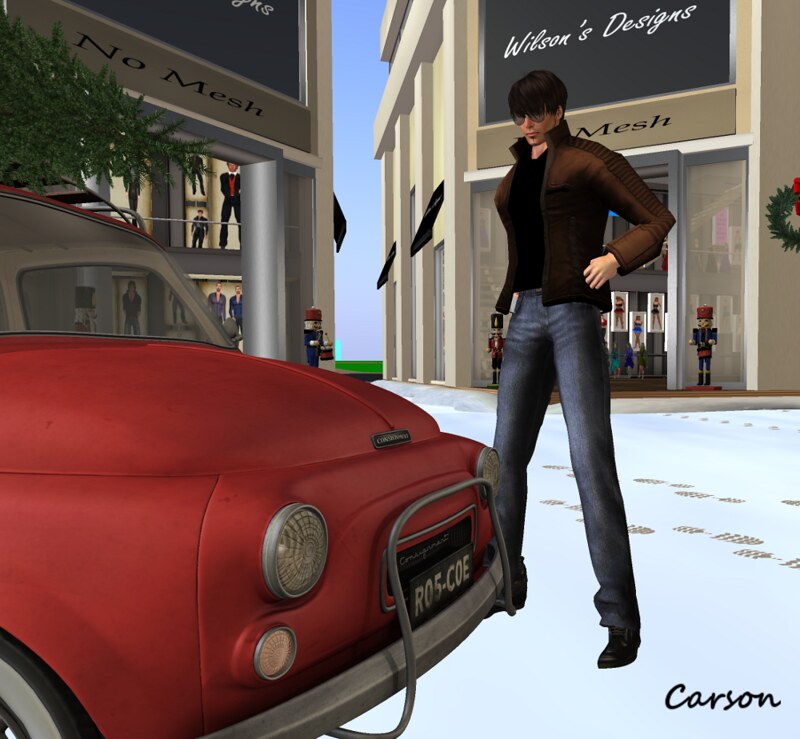 I heard that a certain someone was complaining that I didn’t have a car. WELL... I just happened to come across one sitting on the edge of the road. It had a hastily written sign stuck to the windshield that simply read “FREE”. Who am I to look a free car in the mouth… err… or something like that. I finally got the old girl started (just to be clear, I mean the car) and I drove it down to Wilson’s Designs were there is still time left to find the Brown Leather Jacket and Blue Slacks, the hunt prize on the Merry Christmas Hunt. Find the prize and it can be yours for just one shiny Linden ($1L). The Merry Christmas Hunt runs through January 2nd.

The heater don’t work and it’s oh so cold.

It’s a good thing I’m wearing the Black Leather Booties,  a FREE group gift from Gabriel. It seems that this jewel of a car isn’t wanting to start. I am also still wearing (and possibly will never take off) the FREE A&D Clothing Top Gun Glasses you can still get under the tree at Cosmopolitan, that I previously showed [HERE]. Maybe if I get out and push then pop the clutch, it will start. If all else fails, I can always call Serena to come pick me up…. ummm why did her phone go straight to voicemail? 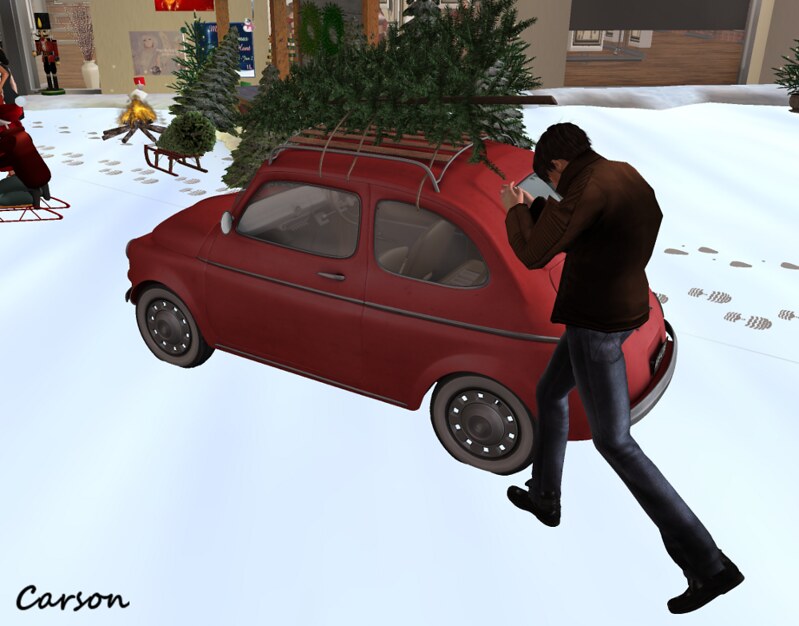 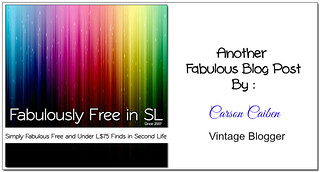 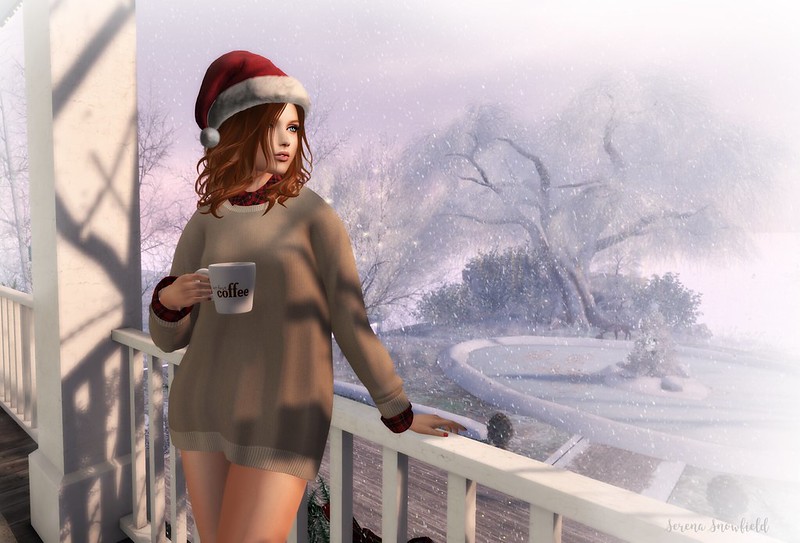 I love the holidays… but sometimes what I love most is when they’re over! This morning, I was so tired that I couldn’t handle the thought of getting dressed until I had consumed an entire pot of coffee.

And even then, I still didn’t have the energy for pants.

A Poor Attempt at Getting Dressed

So basically, all I managed to put on today was this comfy sweater from WICKED, which you can pick up for free until December 31st as part of the EnMESHed Into Christmas (EIC) Hunt. The sweater comes in standard mesh sizes (XXS – L), as well as one for FITMESH. You’ll be looking for a little Santa hat.

Speaking of Santa hats, Christmas may be over, but you can still pick up this cute hair and hat from *ARGRACE* until December 31st. It comes with a fatpack of colors, and is set out as a free group gift (although I was able to get the gift without joining the free group… shhh). There is also a version for men, which Carson has modeled several times, most recently here.

YAWN… that’s enough work for today. I think it’s time for a nap.

Hey here FabFree! I hope you are all enjoying the holiday season.  I had a very nice, quiet Christmas Day at home with family.  It always surprises me how a day of doing lazy things like board games, books, and movies can be so exhausting.  I suppose it doesn’t help that I ate everything in front of me yesterday.  My eyes are always bigger than my stomach… but it was delish!

OK! OK! Over the holidays, Maitreya put out a fab new group gift for their inworld group members!  When you join their free inworld group you can pick up the Gigi Bodycon Dress that you see me wearing today in the Maitreya Lara size.  I didn’t try it on other bodies, so.. it may work on others – I am not sure, but it fits like a glove on Maitreya Lara!  It also includes a texture change HUD that offers a selection of 12 different colours!

I have no idea how I managed to stuff my post holiday butt into this slim fitting dress…  It must be magical.  I think I’ll make a trip through the mall and walk off some of this turkey though because I don’t think my jeans are going to be as forgiving.  Want to join me Carson? 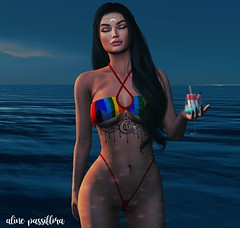 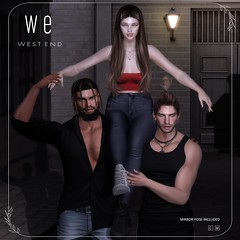 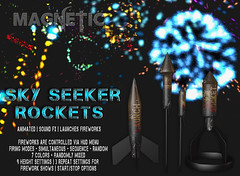