Sometimes all you need is a little makeup and a change in eye-color to change your look in a dramatic way. Using eyes by S0NG that I picked up at the Crossroads event, and makeup from the 50 Shades of Catwa Hunt happening at Indulge Temptation, I was able to take Pru’s look from slightly sinister to sultry. Pru’s wearing the same head, hair, and base skin in both photos.

In my opinion eyes from S0NG almost always have an otherworldly look to them. The Nyx eyes gacha by S0NG at the Crossroads event is no exception. These eyes have that signature glassy look S0NG is known for, and come in a huge variety of colors that range from natural to unnatural and everything in between. These sparkling eyes are available for just 55 lindens per play at the Crossroads event. Included with each pair of eyes is a mesh set of eyes, a matching alpha, and a system layer set.

The dramatic eye shadow and intensely colored lipsticks are just a few of the 50 total Catwa makeup appliers you can hunt down during the Indulge Temptation 50 Shades of Catwa Hunt. The item you’ll be hunting for is a little Catwa logo. Each hunt prize is 5 lindens and includes a single shade of lipstick or eye shadow. There are no groups to join, just head over to Indulge Temptation and enjoy the hunt!

2 thoughts on “Sinister to Sultry” 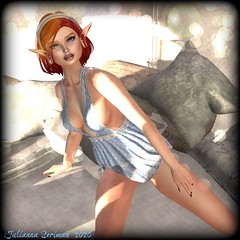 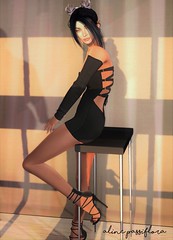 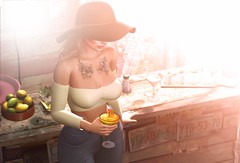 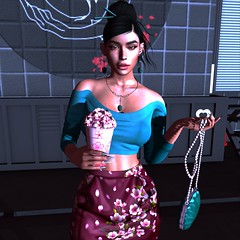