Don’t ya love it when a look just comes together effortlessly? 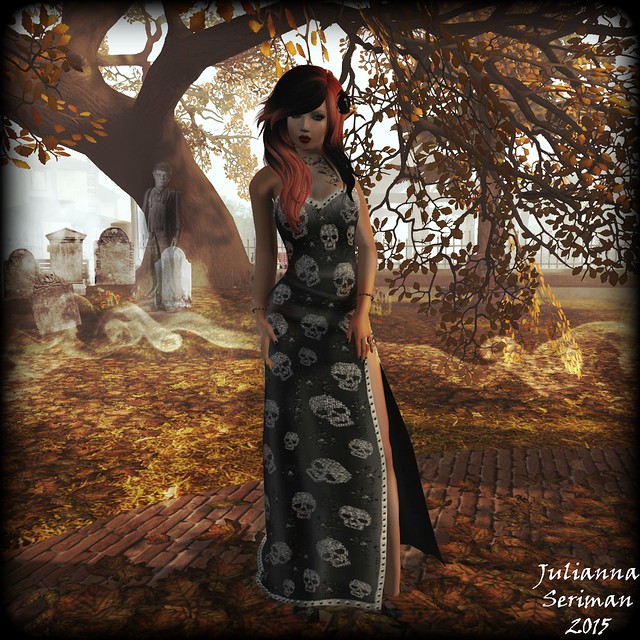 I popped over to the “Your Worst Nightmare Halloween Gacha” from Gacha Good Events yesterday and believe me, it’s only a nightmare in choosing which gacha to play first.  So this look… I played Shae’s Boutique’s ‘Beautiful Skull Dress’ machine first and pulled this gorgeous sequined gown first thing. Wow1 Perfect… I like this, I says to me. Then the very next machine was AccessoriZe’s ‘Skull Cameo ring and, bingo.. I had a look going. But I couldn’t stop there…

Next up was Aylce Project’s ‘Nikki’ for this lovely red and black look. There are a bunch of colors with black for the common prizes and the Rares are a set of three HUDs and the Ultra Rare is a full HUD set. All that for 50L per play.

Loordes of London supplied the next ‘perfect’ play with their ‘Nubian Queen bangles. There are five colors to win and the Rare is a pack of all colors. And at only 20L per play, you can easily collect all of them!

Last but not least is this spooky sweet hair clip, the “Rotten Rose” from Isabelle Sperber. I love the creepy little skull at the heart of the rose. I have a feeling I’ll be wearing this one long after Halloween is over. 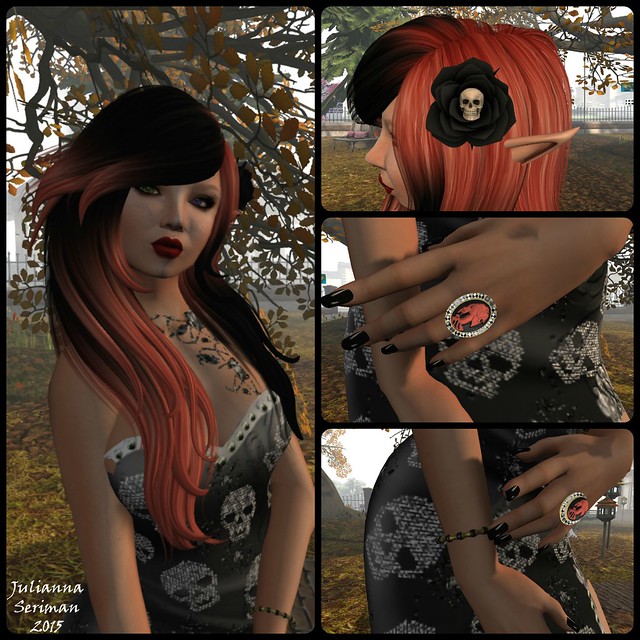 The Worst Nightmare Halloween Gacha Fair runs until October 31st so grab the Taxi here and check it out!

2 thoughts on “Welcome to my Nightmare” 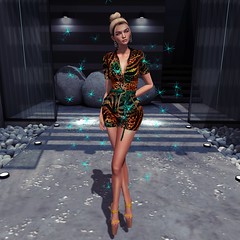 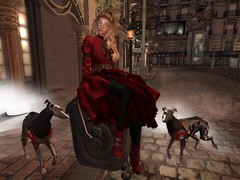 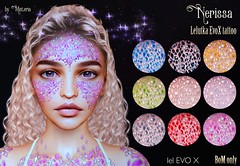