Remember when I said I was so ready for Halloween? I think Birdy is too! 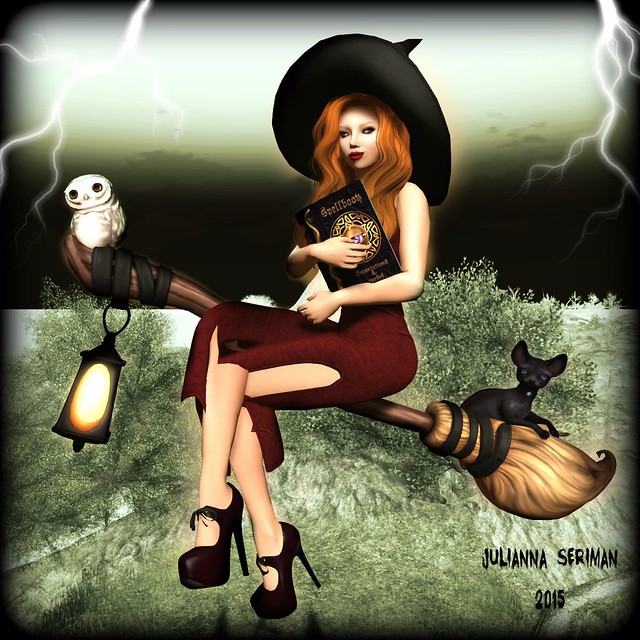 I was enjoying the gachas at the current round of the Arcade when I stumbled on Birdy’s “Hocus Pocus Gacha” and I may or may not have made a very unprofessional squeal of happy.  At 75L per play, it squeaks in under the FabFree limit but it’s worth every Linden. Birdy’s items are always beautifully built and eye catching. The Hocus Pocus set is no exception. I was lucky enough to pull the basic broom mount in oak ( Though, I think I will be going back to try for the Rare broom mount with the cute kitty passenger) The broom mounts come with a HUD to take the lantern on and off. The Rare gold spellbook along with the common owl and Sphynx kitty round out my treasures from the last play. Now, I’ve changed the position of the owl, kitty and book for the picture but each one comes with it’s own hold animation.

Okay, I says, now I need some cool witchy hair to keep building this look. Happily, Clawtooth’s Ruby Starlight gacha was just the thing. The hair comes in two styles, the “Ruby Starlight” I’m showing you and a tossled up-do called “Just for Kicks”. Each play on Clawtooth machine is 75L with eleven possible prizes per hairstyle.

Last on my list a neat new slinky dress… and there was Pixicat’s “Bastet” machine. This is the Bastet dress in red but it comes in white, black and pick as well. I love the sleek long lines and when Sphynx kitties are part of the prizes, you can’t go wrong. Each play is 75l and there are three rares in the rotation.

You have until September 30th to play the Arcade, so don’t miss out!

Your Taxi to the Arcade event! 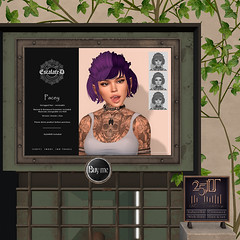 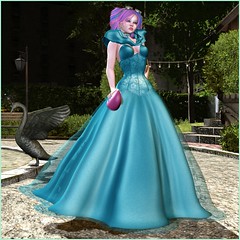