Hey Fabulouses! My vacation has been delayed just a teensy bit, which is a drag – but silver lining… I have a little more time before I need to go and I can show you these group gifts and dollarbies!!

When you join the inworld group at RD Style (100L to join), you can pick up two really great gifts that include the outfits plus shoes!!  These gifts were so cute I can hardly wait to see what comes out in August to the inworld members 🙂

This fabulous long mesh hairstyle is made by MOON {Hair} and is called Panic Switch.  You can pick this hair up for 1L in a WHOLE FATPACK of colours for 1L at the main desk!

Hi everyone, I am back again with a quickie to show you the two most recent gifts from MoiMoi that have been released as freebies for the SL Frees & Offers group!

The Cutie Nerd Outfit is just adorable. It is a complete outfit package including the dress, the clutch bag, pretty rings and also a pair of mule sandals for SLink High Feet, which I am not showing here because I wanted to show the other new gift! The Swag Leather boots were released as a new gift today. You don’t need any special feet to wear these boots and they are colour change via a HUD included! The SL Frees & Offers group is free to join, just wear the tag to claim the goodies at MoiMoi !

The gorgeous Floral Fauna Headband is by YumYums and is a gacha item that can be found at The Secret Affair! 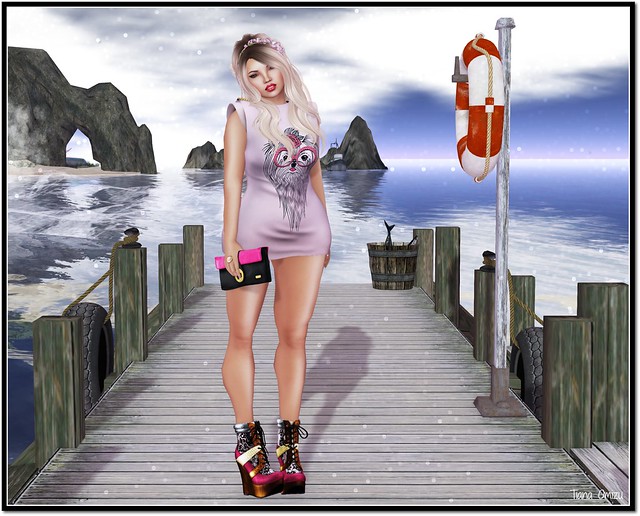 Here you can see the other colour options that are available via the HUD for the Swag Leather Boots! There is bound to be something there that suits your mood!

Laney’s Boutique is participating in the Aqua Splash Hunt with a gift for the ladies and one for the gents! The gifts are $1L each, Happy Hunting!
http://maps.secondlife.com/secondlife/Reykjanes/124/14/988

**Each day, here on the FabFree Blog, we will be featuring one of our Fabulously Free in SL inworld Designers. Photos are work of the designers

Hi everyone! I hope you are having a great week so far. I have a zesty freebie for you today in the form of the very sexy lace Irma dress that is the July Group Gift for KL Couture. The group is free to join and there are several other group gifts nearby to collect at the store!  The awesome killer heels that I am wearing are by Hollyhood and are currently at The Cosmopolitan Sales Room for a discounted price. I just love them! They make me tower above everyone which is good because Im so very tiny!

I also teamed the dress with the Africa Necklace in silver by May’s Soul that you can find at an event called The Countdown Room. There is a limited time on the event so get there as soon as you can if you like it. The necklace comes in two parts; the coins I am wearing is the lower part. There is also a high choker part that can be worn seperately or together and you can find it in 4 different metal options.

The gorgeous skin I am wearing is a special discounted skin called Odette “Smooch” by Lumae that you can find at The Theme Park for a generous 50% discount! I am wearing it in Tone 4 Honey, but there are 3 other tones available that are equally beautiful!

Yes I am wearing my fangs again today.. it seems I might have turned fully vampire ~laughs~ 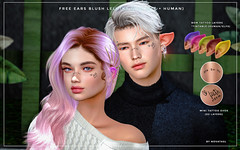 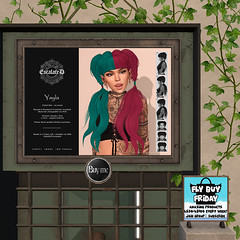 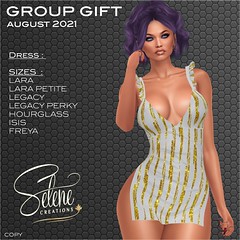