{etinceler} is celebrating their grand opening this weekend with a hunt! I fell in love with this cute owl sweater, and these quirky striped jeans, but there are also lots of other awesome prizes waiting to be found as well. The hunt runs only from March 14th-16th, so this is a fabulous if limited time way to pick up some great stuff! This of course is on top of some great group gifts, and this dress from their Midnight Mania board that is simply cute as a button. Their Midnight Mania board changes frequently between several prizes as soon as it fills up, so check back often to get in on the next round!

This is a shorter post than I had hoped to make, due to my being under the weather the last few days, but this is only a small portion of the great things available. It is most definitely worth a look. I will be back for more posts once I am feeling better in a few days.

I have been around SL in one guise or another almost 10 years now. I love exploring, and fashion, especially if it's free. I change my avatar as often as my brain gets oooohhh shiny moments, and I have the overstuffed inventory to prove it! 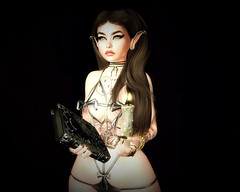 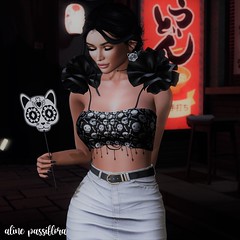 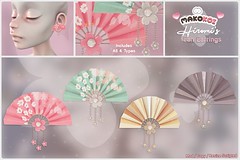 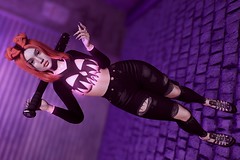