Our sixth round of the FabFree Photo Challenge, Take A SL Vacation has ended, and I personally had a great time on my little getaway.  I hope you did too!

Thank you to those that participated, we enjoyed flipping through the many different types of escapes inworld.  I hadn’t even thought to take a camping trip, like Giselle Lacombe did!  Giselle is our FabFree Challenge Champion for this round, with her photo submission below.   Great shot, and congratulations Giselle – I hope the skeeters didn’t bite too much!

If you’d like to have a peek at the other entries, you can find them at the following Flickr link – http://www.flickr.com/groups/2412130@N20/

Thanks for playing along everyone!

ps.  We will be doing monthly challenges starting March 1st so that us FabFree bloggers are all able to keep up!

1.  can you give us an update as to the release date?
2.  how will fitted mesh new products affect fabfree and its promo efforts?

Love Says:  Fitted Mesh has apparently already been released within SL.  I have not yet personally had any experience with it, but I am looking forward to giving it a whirl!  How fitted mesh will effect FabFree will depend on the designers that offer gifts or under 75L items, so I can’t say yet for sure how it will impact Fabfree.  For those of you wondering right now what “Fitted Mesh” is…  Linden Labs has made this video:

Serena Says:  1.  Linden Labs announce on February 10, 2014 that fitted mesh is already available in the main Second Life viewer. You can see a video about this here: http://community.secondlife.com/t5/Featured-News/Fitted-Mesh-Is-Here/ba-p/2461687. Firestorm and other third-party viewers will probably be adding Fitted Mesh shortly, but I have not seen any release dates.
2. I really don’t think fitted mesh is going to affect how we blog here at FabFree. If a designer offers a free/cheap item that happens to be fitted mesh, one of us will probably show it!

Pru Says: I think fitted mesh will be a positive experience for everyone, and for FabFree! Just as when Sculpts and then Mesh first became available, designers were just as excited and eager to show off their new work. So if things go as they have in the past, I would think there would be a lot of fantastic new gifts and promotions to look forward to.

QUESTION #2:  As a resident who loves formal dancing in-world, where is the best place to look for free, or inexpensive formalwear and accessories?

Serena Says:  Glitterati by Sapphire offers a new dress each month for group members (50L to join). The dress is not always formal, but you can pick up lots of older group gifts that are formal. Sascha’s Designs also offers a monthly group gift, which is almost always a formal gown (100L to join). PurpleMoon Creations also frequently offers group gifts of formal gowns, so I would check that group out, as well (50L to join). Also, I believe I heard a while back that Frank’s Place Jazz Club gave out free gowns, but I’m not sure if that’s still the case.

Pru Says:   I’ll admit I really didn’t have an answer for this question at first, but I wanted to find an answer. I did some hunting and came across a shop called QQ Fashion that sells formal gowns and shoes. I noticed that shop did have at least 2 lucky chairs and a Midnight Mania board! Secondly, I also found a shop called Augusta Creation that has several group gifts that include formal gowns. The group is free to join. Below are the surls to both shops. I hope that helps!

How to send in a request:  Name your Notecard “Fab Advice Request”, and send it to LOVE TRILL (who will never share your personal details, promise!)

** Note – Names have been XXXed out, and small edits were made to protect privacy.

There’s lots to see this round of the cart sale at The Wash. These colorful outfits are from IrrSIStible. If you haven’t been to the sale yet, now is a great time to go and give it a look. The cart sale is a great place for savvy shoppers on a budget, because everything is 10L or less! 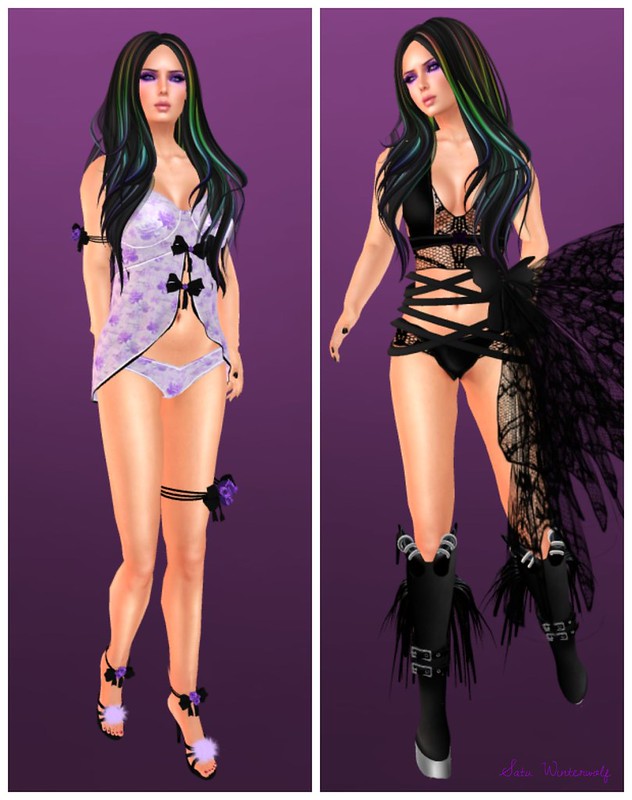 **Each day, here on the FabFree Blog, we will be featuring one of our Fabulously Free in SL in-world designers. Photos are the work of the designers. 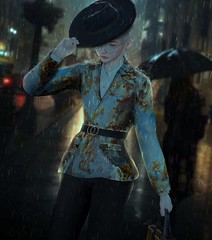 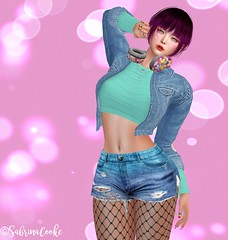 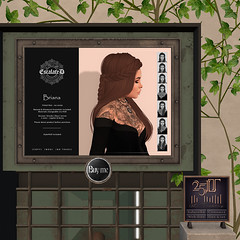