Now if this head-turning red dress doesn’t scream “WEAR ME ON VALENTINE’S DAY!”, I don’t know what does!  I came across this dress priced at 0L today at Java Fashion Designs right by the front desk.  Grab yours before it’s gone!

Note – this dress comes with a pair of free earrings too!

Hey Fabulouses!  It’s time to head to Sn@tch and pick up some fabulous deals!  Until February 2nd, Sn@tch is holding a moving sale in which you can find almost everything in the store priced at 50% – 75% off, as well as some items are marked with a “@” symbol and are hugely reduced!  I even spied some items marked at 0L, so keep your eyes peeled for that!

I picked up a few things, but today…  I am sporting The Big Sister Set that includes the mesh Cricket Tulip Skirt in black and a fatpack of the Big Sister Crochet Halter that was marked with the “@” symbol and was 50L.  I am also wearing the Apnea Arm Tattoo which is currently 25L.

Don’t forget to check out The Games Room for a 24pc 7Seas Fishing Prize, eight lucky boards, an unlucky dip and a couple of riots boards too! 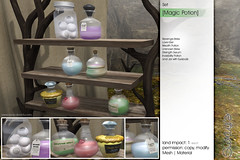 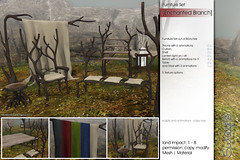 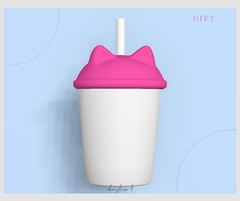