Occasionally, I would pick up some awesome freebie but would never have a chance to wear (mostly because its so crazy/scandalous/fantasy people will stare at you. hey i’m modest in SL too!). Now that I’m a blogger, I thought I could finally show you some of these items that has been/will be sitting in my inventory. A couple of these items includes ANGELDUST and Mirror’s Enigma gift for the Dare2Bare Hunt. (Heads up! The fabulous Harajuku Oh will be making a full cover of this event soon!) I also never got the chance to wear this Rare Lulu skin from Glam Affair I won from the previous Arcade gacha event.

These picture’s are taking in Chouchou’s cathedral (to get there from the typical Chouchou landing point, click the ladder and select Momento) to complement the fantasy look. Usually I would have to tweak my sun and sky settings a gazillion times before taking pictures, but I found the default windlight setting in the sim just perfect! Yay!

Hair – ~Tableau Vivant~ Constantine – [HF] Unisex Gift (previously blogged by Serene for Hair Fair 2013, but can be found in the mainstore for 0L) 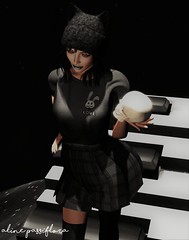 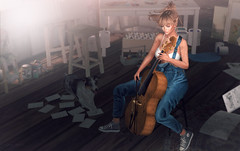 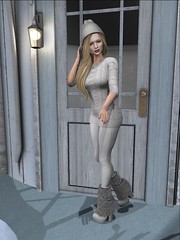 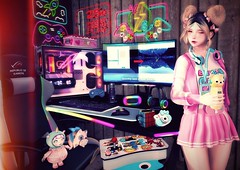