Alter Ego always has something fun going on in store and currently they are participating in a few hunts such as the Hot As Hell Hunt which runs until July 20th and the Seraphim Turns One Hunt that runs until the end of the month.  The Hot As Hell Outfit shown above that includes the leggings, boots, bra, gloves and face piercings is the prize you will have after you locate the pitchfork icon for the Hot As Hell Hunt.  Below is the Seraphim Turns One Prize called Good Times that includes the denim jeans and white top.  The icon for this hunt is a birthday cupcake and will cost 10L to pick it up.  The shoes are not included, but you can pick up these sneakers and many other fantastic pairs of shoes for free at In Her Shoes.

Lissee, formerly Mamboo Chic has two dollarbie skins in their shop right now.  I showed Joana last week, and now I see Melina is set out too in a beautiful honey skin tone. 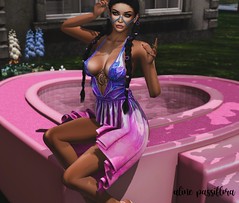 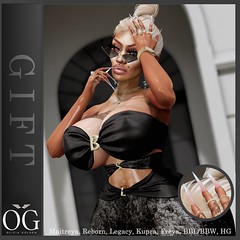 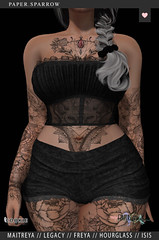 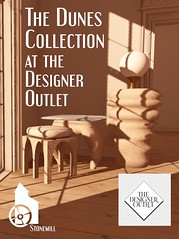