One minute I’m on vacation and the next thing I know, I’ve been drafted! It was easy, I just followed the stores on the Drafted! Hunt and found everything I needed to enlist. All items on this hunt are just $5L. Legal Insanity is where I found the Camouflage Pants. The  L’Homme Revolte’ Hat is the hunt prize at Le Poppycock. I found the Camo Combat Boots at Le Primitif and the Camouflage Face Tattoo is the hunt gift at Face Paint.

The Basic Training Pose Prop can be found on the hunt at Sparrowtree Studios Poses. Poses included on the obstacle course  are running through the the tires, crawling under wires and climbing the wall. The pose prop with poses is just 47 prims and includes a standard issue rifle. The Drafted! Hunt runs from May 20th – June 10th. 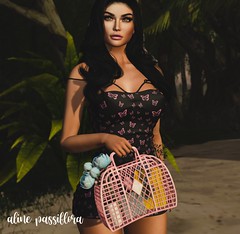 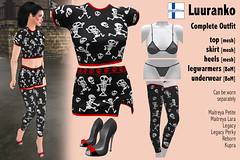 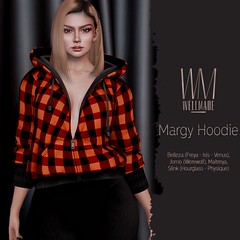