I’m spinning my 45’s listening to the latest disco songs. Disco isn’t dead, it’s back for the Disco Hunt that begins today. Find the hunt gift at 22769 Casual Couture for the Pink Disco Shirt, Black Bell Bottom Pants and Belt.

You also get the Mini Disco. It includes two retro chairs, a turntable, a rug, a record shelf and three poses.

There will be much more from the Disco Hunt over the next few days. And don’t forget to play that funky music ’til you die. 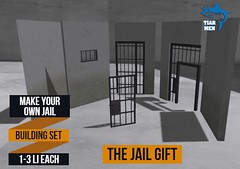