My bestie asked me to come over to her new place. I was shocked to see it was on wheels. But not one for missing a photo-op, I decided to use her new home for a backdrop to show you some of my latest finds. ChiChickie! sent out to their sub-o members the monthly gift. We were treated to the Christopher Hair. [arnadi] has added the Brown/Cream Argyle Sweater to the selection at the Fashion Garret Discount Store. This isn’t free, but for $50L, I just can’t pass up a sweater.

Floatie from Hell Bop Clothing set out a new group gift for the members. The Louis 19 Pants & Madden Shirt are available at the front of the store. Make sure you wear your Hell Bop group tag.

Hey, B, hold the horses still, I’m trying to take a photo! 🙂

A massive earthquake, the largest in living memory and the seventh largest recorded in history, struck the east coast of Japan on Friday March 11th. This in turn caused a tsunami that was 7 meters high which swept through towns causing utter devestation and destruction in its path. Whole towns were flattened leaving nothing but rubble behind. More than 2000 people have died at the last count and thousands are injured and are left without homes. Thousands of people are still left unaccounted for and could be trapped waiting desperately for help, many fear the worst. People are without electricty and clean water.. the devestation is unbelievable.

As a whole world watches in disbelief and heartbreak as we see the scenes unfold, we are all still reeling from the earthquake that left Christchurch in pieces not even a month ago and the floods that ran through Australia a little while before that. We are barely through the first quarter of 2011 and so much has happened already.

Second Life is a huge global community and whenever there has been a disaster that has happened in the world, people have banded together in the spirit of generousity and human kindness and have created such amazing fundraising events that really do make a difference.. Within hours of the news of the earthquake and tsunami there was a disaster fundraiser being organised. Within 2 days over 240 designers had pledged to donate items to The Pacific Relief Fundraiser that will begin on March 16th .

PLEASE NOTE.. Only designers, organisers and bloggers are able to enter the venue at the moment but it will be opened to the public on March 16th.

There are a few designers that have put out their Pacific Relief donation items at their store right now to start the ball rolling with all proceeds going to Americares. Some designers are donating any proceeds from the sales at their store to the Red Cross.

Linden Labs have created a Donation Bear that you can also buy for 300, 1000 and 3000 and funds raised will go straight to help those in Japan. To buy this bear you will need to go to the Market place.

Remember the smallest amount can help to make the biggest difference.. and even if you think you have nothing to give.. send your thoughts and your love to these people and all of the people who have been so unfortunate to have been caught in such devestation in this and over the last few months.

You may remember I posted about the hunt on the Euphoria Sim about a month ago, well they are holding another hunt with a different batch of awesome designers for you to get your paws on some yummy things. You will need to join the Euphoria group as the items are set to group tag, then you can touch the little green letter “E” hunt items when you find them to claim your prize! 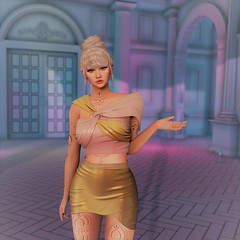 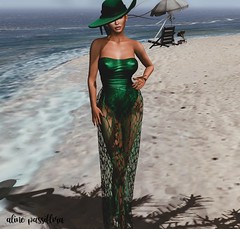 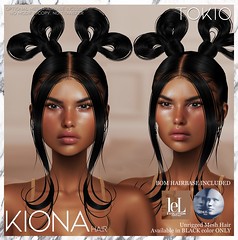 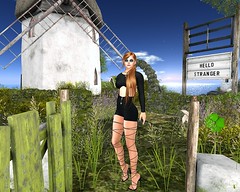