Attention lingerie lovers!!!  For a limited time, all of the Lingerie Boutique group specials throughout this year are available for L$10 each.

May 2010 – Princess Lingerie in Charcoal Black

Click the gift box at the stairs for a L$100 gift card and complete the 12 months of lingerie!

The shoes are all from the new store Purrfect 10.  The white patent Serenity heels, autumn copper Isabelle boots, and Amara cream leather heels are absolutely stunning!

The Leopard Serenity heels are a group gift for Purrfect 10 VIP members.  The Purrfect 10 VIP group will receive 10 free gifts a year, a 10 percent discount on purchases while wearing the group tag, and occasional VIP group gifts.  There currently is a L$510 one time enrollment fee to join the Purrfect 10 update group.  Thank you, Ten Dexler!  These are amazing!!!

The Nicky ponytail is a new release from Amacci.  The hair is made from hair base and ponytail attachment, which gives it a very sleek look. 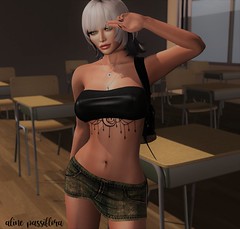 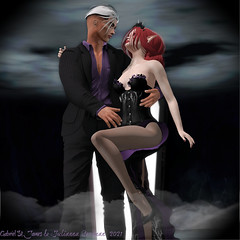 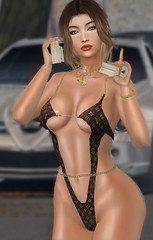 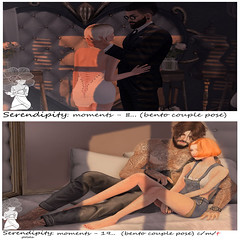