So this is my crazy lady in the back of the library look.  The white Read Books t-shirt is the welcome gift for new subscribers at [arnadi].  The leggings and the clear tote bag are past gifts still available for Coco Designs members.  The zebra print Hayley boots are in the midnight mania board at Baby Monkey.  To help pull my crazy book lady look together I accessorized with the black and white 101 hat and jewelry set from the CentoPallini booth at the Jewelry Fair.  The jewelry set has earrings, bracelets, and the necklace.  The No.54 lucky chair glasses from December.  The freckled Shane skin is in the lucky chair at Iren.  There is a 30 minute wait between letters, but the chair has been packed with others waiting.  Good Luck!

The skin is a groupgift and comes in four skintones.

The palest skin looks a bit too bright on the pictures, due to my shadow-setting, i’ve been playing too much with those sliders, so be sure to check the skintones for yourself. Might look all different on your screen! These Janine skins from Urban Girl really reminded me of a skin I used to almost live in, skins from Cupcakes. Now I know Cupcakes are selling full perm skins soo I might be right, but I am not 100% sure. It actually doesn’t matter anyway, cause these skins are gorgeous! I’ve always loved those skins and I still do! The skintone shown below is my favorite!!

Heartsick have a freebie teaser of the upcoming new skin Ayame in a make up called Crimson Kiss. You get three tones each with the mid cleavage option.

Ayame is the new Eastern inspired skin with a slightly more Asian look to the nose and eyes, much like the older Yume skin. The new skin will be released very soon according to Amesha! Here’s hoping because I love this one so much!

The Lucky Boards are also back up with prizes for males and females.

Blacklace has a special fall gift available at their mainstore 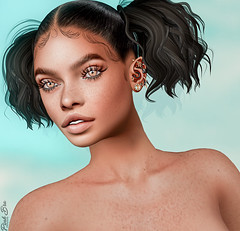 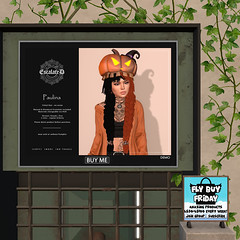