AQUA are having a 50L and Under Sale at their mainstore before they move to bigger premises in ICON. Lasting until October 7th, this is the perfect time to snap up some amazing deals before they move and before some awesome new releases. Here is a taste of some of the female clothing you can find at the store but don’t forget there are male outfits and seperates available too so drag those guys with you to pick up a bargain!

They will also be having a 10L daily item, but it will only be on sale for that price for 24 hours. This is todays item.. Lust V2 in Red. Get it while you can! 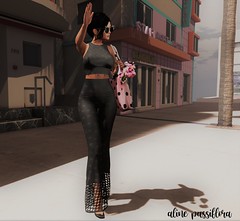