LnL has put out two free outfits in honor of their expansion, but like every good movie there needs to be three to complete the trilogy. For the third and final outfit, they are giving out the Purple Guardian Outfit. This will only be offered for 24 hours, just like the last two outfits.

And to hide your identity as the Purple Guardian, you need a trench coat. sf design has the Brown Trench Coat as their Monday Mania special this week for just $25L.

I found two midnight mania boards with quality furniture for just a slap. ARTE’S FATO & FURNITURE has the 8 piece Black and White LivingRoom Set on one of the boards and it only takes 50 to win it. Included are 2 couches, 2 chairs,a rug, a table, a framed piece of art, and a planter.

Also on a board is the Damask Round Bed Set. This is a 5 piece set that has the bed, pillows, a wall hanging, a night table and a lamp. The bed does have poses as well. 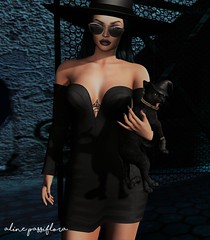 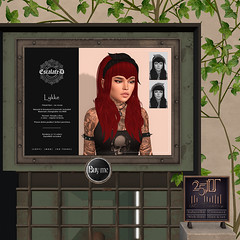