I’m back with more sub-o gifts to show you!  The salmon color Tamara jumpsuit was sent to the Urbanista sub-o members recently.  I paired this look with the pink North Star earrings and necklace set from $GaNKeD$ Jewelry at the FabFree Headquarters.  The PatchWork boots were sent to SD Wears sub-o members today. The auburn Bunnie hair was sent to the Vanity Hair sub-o members.  (Yes I know hair without bangs makes my head look long, I have an oblong head, so what!?  I do in RL too!)

Marsco has a pink criss cross Indira Top and black The special edition grunge jeans are the hunt gift from GryphonWings for the Ink’D hunt.  I haven’t done any of the hunt except GryphonWings and rushed over there for the jeans.  The pink skirt is in the Needle in the Haystack hunt gift from E! – Eclectic Accessories.  The gift also includes a black ribbon skirt!

The Sherbet jewelry set is from $GaNKeD$ Jewelry.  This jewelry is a new release.  Not free, but an exquisite set to own!  The plum bow strap Kate heels were sent to the G FIeld sub-o members yesterday.  Join the sub-o and check the history for these shoes.  There are many more goodies in the sub-o history, so look through those notices!

The pink top and jean skirt is the newest midnight mania gift at Wrack.  Wrack group members also received the circle blue lace dress for the month of August!

As you can see I found the Marie hair in brown at Junwave!  For L$80 this hair is a steal and I had to scoop it up!  Thank you to everyone who IMed me with the location!

TULI has set out a new group gift of their soon to be released Audrey skin. You will need to pay to join the group which costs 250L, but this is at least the 5th gift from TULI this year so it is well worth investing on joining.

You can find them on the ledge in the middle of the main room in a little blue box. You can also find a tub of freebie Kalista skins and a set of free eyes!

Heartsick have been super busy the last few days with new skins for you for next to nothing. Amesha knows how to spoil us all thats for sure. What with the hunt prizes for the Platinum Hunt and at SSI, these are the new 50L skins called Purple Passion and come in Illusion and Rapture skin tones, with cleavage, freckle and beauty mark options!

The Platinum Hunt started today (yeah I got the date wrong originally silly me) and after Part 1 here is Part 2, focusing on some of the hair and skins you can find on the hunt.

The starting point is at ISPACHI and you are searching for a little black open box with a pearl inside. Each box costs 10L to buy so this isnt a free hunt.

ISPACHI
There is also a male gift here seperately

Mynerva
You get six skins and the Elf Ears and eyes are included in the prize!

Heartsick
You get the three skin tones shown above, each with cleavage and beauty mark options

Magika
You get a huge fatpack of every colour

Exile
You get a huge fatpack of every colour

CStar has the Mr. August Skin on the lucky chair this month. This skin can be won in 12 different tones. I waited around long enough to grab three to show you. The Pale Skin is one of the lighter tones.

On the other end of the tones I won the Dark Skin. I tried hard to get a middle tone, but it wasn’t meant to happen.

The Deep Dark Skin is one of the darkest skins.

At Sacred Skinline , just click the answering machine on the yellow barrels and answer how you found the shop and receive the Sacred Free Skin. This as a quality skin if you don’t mind the band-aid on the cheek. 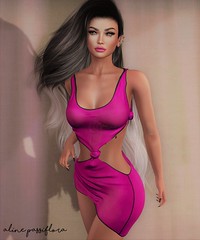 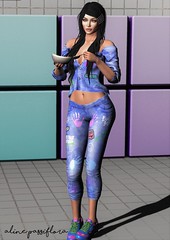 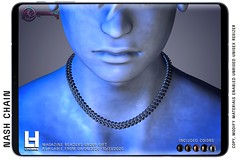