I got a notice through about a new release of Gothic skins and a new Dollarbie set of skins from Heartsick. After falling in love with the Opening release, the Snowflake Hunt skins and the recent Peace on Earth Hunt skins, I just had to go and take a look.

The Dollarbie skin is called “Her Ghost in the Fog” and comes in three tones including a new uber pale skin tone called Soma. The make up is a really pale whispy grey color which is really ethereal looking. Again you get the two cleavage options and you also get the choice of two eyebrow styles, as you can see from the pictures below.

Im wearing the skin tone Aether in this picture. It is the second lightest in the pack.

This picture illustrates the eyebrow options. You get the softer, natural looking eyebrow aswell as an edgy, gothic eyebrow that I actually really like.

From left to right the skin tones are Soma, Aether and Illusion. I’ve worn the no cleavage version of Illusion so you can see the difference between the two options. 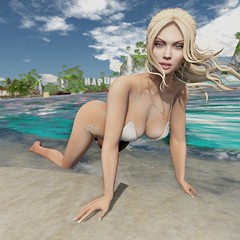 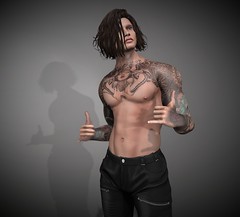