Dressing like it’s 1855 on a daily basis, however, is not practical for most people, but if you dig the style and want to incorporate a few steampunk-influenced pieces into your wardrobe, BlackOpal is here to show you how to take your wardrobe back to the future in a more moderate way. You can find in the store this outfit for free!

Pocket watches came into widespread use after they became a necessity for railway workers of the 19th century so that they could avoid accidents associated with not knowing the precise time.

This piece from DCCXXIII will set you back on the past! You can get for free in the store!

Vitamen has this great december gift.

Christmas was only a few days away and if you were lucky, Santa delivered some fabulous articles
of clothing to guarantee that you look great at your New Year’s Eve bash. For you less fortunate ones who received  Santa’s more ordinary lines of clothing, don’t worry, because we have fashion suggestions that will make you look fantastic wherever you party on December 31st.

If your party requires a tux, your best bet is a classic dark blue and white combination from !MPOSSIBLE. However, if you’re going to wrap up the New Year at a trendy restaurant or a more traditional hall party, you’ll need to wear a remarkable suit from Qidem.

A dark blue suit from !MPOSSIBLE became you more confident image. (right side) – it is available at Make Him Over Group – check notices 12/23

If you’re aiming for a more polished look, try Qidem W&G Lord White Picks (The outfit comes with shoes). To get this one you might to add Qidem store in your picks!

If you are in Japan, celebrate New Year’s by wearing the traditional kimono and eat some mochi soup called Zouni. You can experience just a small taste of it at Shiki this year. Please come a visit the little Japanese room on the Shiki sim. It can be found across from the skating rink on the sim. In gratitude, Shiki has 6 yukatas on sale for FREE there. 3 for men and 3 for girls.

Today I got this nice outfit from the MM at Poised. Just 35 slaps to get this one, is pretty easy isn’t it?

This hat, withe scarf and black gloves are gifts from Tres Beau and you can get at Mimi’s Choice by L$ 1.

So christmas is over.. yay… and we’re heading towards end of the year.. here are the last after christmass redness gifts… And one more.. enjoy xx ^^

More and more accessories! This is an amazing gift from Indyra Originals! Look at this Fedora’s Hat, called Fedora du Gaulle. It is a New Year’s Eve gift, that will be available in the store until tomorrow, than it will cost 250L, so hurry up! It is totally worth!

I found that store called Zeus and there is a very interesting group gift. It is a hair with a black bandana and it comes with extra options of a hat and a money decorated bandana! Some people like money decorated things to New Year’s Eve, so this is a cool option!

Still at Zeus, there was this lucky board item as gift (blond hair). I spend an hour there to get it and share with you. The lucky board changes every 5 minutes and if your name starts with a number, you have great chances to get it, I almost made a lottery bet with all the numbers that appeared there before my T!!!

Samara is wearing the hair from Zeus, free at lucky board. And the red bikini is from Lelutka (xmas gift in the group notices).

The green shoes also is from Lelutka in the group notices. And the watch is a gift in the Zeus’s lucky board!

Then teleporting to Grasp, I got these necklace, ring, bracelet and scarf that are also group’s gift. This modern and casual hair is also from Zeus, but it is not free.

Ok, then I was told that Lelutka had a gift at the notices of the group and it was for guys and girls. And I found it, this sexy look that I private called “all I want for Xmas is you” LOL… so, join the update group and check notices!

And finally, this colorful scarf is a group gift from Zeery. You also need to join the group and check notices. It is modern and unisex! Perfect for these cold season!

The always very generous Ayanna Slade has decided to clean out the store inventory at Aqua and have a mega sale for the next two weeks, starting from 28th December and ending on 11th January.

Everything on the walls in the store will be on sale for 25L, with some tops as low as 10L and she will be putting out a new Dollarbie every day, letting them roll over each day so each one will be available till the end of the sale so you won’t miss out on these amazing deals.

Here are a few of the bargains I snapped up while at the store earlier.

This is the Aqua Afterdark Lingerie set in Purple. It comes with this top, another top and a bra. The fabric is a sumptious velvet which makes it very sexy.

This outfit is called BasicNeeds. You can choose to wear it with the skirt or the pants included in the set, made in the same fabric as the skirt.

This is todays Dollarbie called MissingHeart. It can be found on the back wall of the store, opposite the entrance.

There are lots more bargains to be had so go over and take a look!

After yesterdays selection of longer hairs, today I have some shorter hairstyles for you to enjoy. Most of them are unisex so males can wear them too.

This is from Zero Style and is a freebie found just inside the door on a little table. You get several colours in the pack so there is something to suit everyone.

The next set is the Xmas Group Gift from KMADD and can be found by tping to the store to join the group, then checking the notices.

This is called Anessa and is a very sophisticated updo.

This is the second Mohawk in the set which for some reason I think has a more feminine feel to it than the other one, but could be worn by either sex.

This one is called Jude and is more for a guy, but I think it suits girls too.

It was never a secret that I always thought accessories are great, even for guys. I will share here a find from Kawai and the best: it is free. A pack of two glasses, one green and one red that you can use even after the Xmas time. It is a green box at the store.
In these pictures, I am also wearing hair from Colors. It is a pack with two models and many colors each.

This next picture is a complete gift from [KA]. It includes the skin, eyes, tie, sweater and pants. It is free at the store.

Nosotras is offering this white look per 1L. It is a good elegant choice for the New Year’s Eve!

2010 is already knocking on the door, but there are some last minutes gifts for us!
This shirt and the pack with two ties are from Gabriel. It is a group gift at the store.

The boxer is from SG Fashion and is a group gift available at the store.

This red jacket is a gift from MUISM. To get it, you must join the update group and get it into the past notices.

And for last, this black sweater from Coco. It is a group gift at the store.

Pixeldolls sent out a notice via their subscribo saying they had added more items to their 10L sale section, so being a self confessed Pixeldolls addict, off I went to explore! Here are some of my purchases.

This is the Chess Dress in White

This is the Empire Belted Suit.. you get the jacket and the pants in the set. Below you can see the Jackets better in the two sets that I bought.

This is the Pinwheel Empire Belted Suit set

This is the Roses Empire Belted Suit Set

This is the Demure Dress is Silver

This is the Sugar dress in Berry. Yeah I know.. seems Im growing quite attached to the colour pink!

There is also some yummy sets of Lingerie there from Lovelace too.

This is the Millais set in Emerald

This is the Millais set in Red

This is the Augustine Chemise in Blush.. isnt it just so cute and sexy at the same time!

If you like pictures like I do, you probably love having a lot of skins. I got some options these last few days and I want to share with you.
These skins down here are two from Flirt. Join the group and visit the store.

And finally these skins down here are from A:S:S: Black or white? 😉

It’s just plain skins, in black or white and  there’s matching eyes in there too.. These will help us in full sims, tp issues etc

A:S:S is giving us this gift in the Fabfree Group. Check notices. 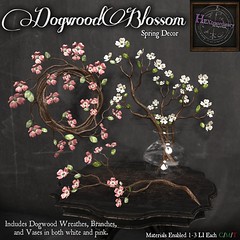 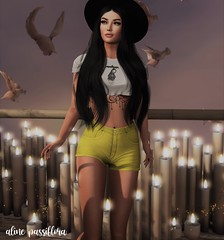 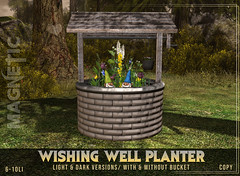