Tea Monster has a present in the middle of the shop for her RL birthday. Two Ripped Tees, in Vibrant Purple Skulls and Purple Dots, kicks off a weekend purple sale (excluding RFL, obviously). The tees are $1L and will be available until the end of the Ohana Treasure Hunt on Sunday.

I also have 2 of the shirts (also Purple) from the Fish Hunt. They can be found and bought for $0L.
The hair is from TRUTH. Kensei is in Male and Female version available until Saturday afternoon. 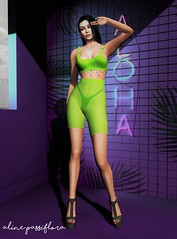 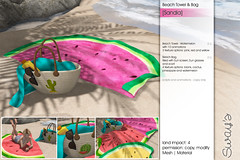 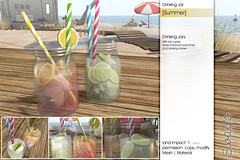 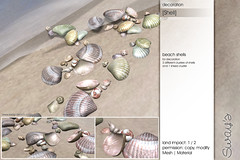 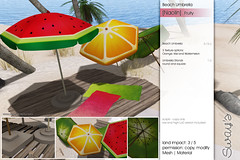